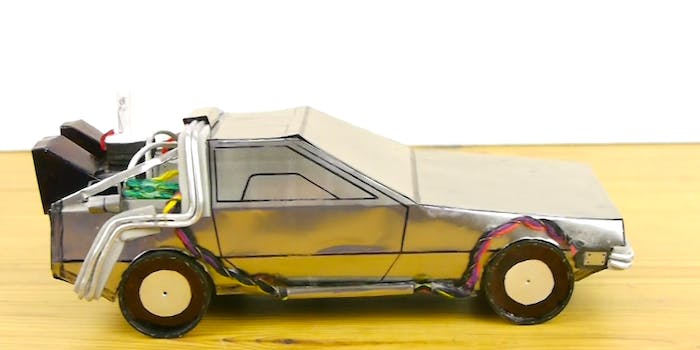 There's still time to celebrate 'Back to the Future's 30th anniversary.

Back to the Future was released on July 3, 1985, and 30 years later it remains one of the most iconic films of our time.

You might have missed the milestone anniversary as you prepared for your Independence Day celebrations, but never fear! It’s not too late to celebrate, and YouTube user Dave Hax has the perfect craft to help you mark the occasion.

Hax’s latest video shows viewers how to make the classic DeLorean from the film out of Pepsi soda cans. In the tutorial, he walks you through each step and even shows you additional pieces you can add to complete the look.

Hax has tackled a number of other craft projects including a tutorial for how to make your own Minions. You can see all his other videos on his YouTube channel.