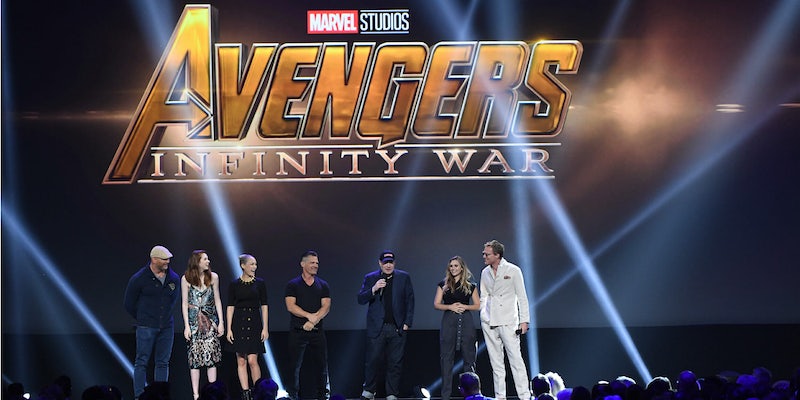 An era is ending.

For nearly a decade, Marvel Studios has commanded the box office and enraptured fans with an ever-growing universe spanning across more than a dozen movies to date (and multiple TV shows). But according to the man who has helped orchestrate the blockbuster franchise, that cinematic universe as we know it is starting to wind down.

In Vanity Fair’s new cover story on the 10-year history of the Marvel Cinematic Universe and its future, Marvel Studios head Kevin Feige didn’t reveal much about what was in store for the dozens of characters who play the heroes, villains, and supporting characters in their own films and the MCU’s larger picture. But Feige says the next installment will “bring things you’ve never seen in superhero films: a finale.”

The MCU has 17 films released, with five more coming out over the next 18 months. By the time that the fourth Avengers movie (which is still untitled) comes out, the MCU will have 22 movies under its belt.

Per Feige, the fourth Avengers will mark the start of a new MCU era. What will bring the previous era to an end on the screen is still up for speculation, but Feige’s announcement (which he also confirmed in July) comes as little surprise. Some of the actors who signed multi-movie deals to join the MCU years ago will finally have fulfilled their contracts, and with Avengers 4 being the last film in the MCU’s current iteration, it’s likely that not every character will make it out alive.

There are still plenty of MCU stories on the docket. Vanity Fair reports that Marvel “has at least another 20 years’ worth of characters and worlds to explore.” James Gunn’s third Guardians of the Galaxy movie and a sequel to Spider-Man: Homecoming are in the works. But there are changes coming.

“There will be two distinct periods,” Feige said. “Everything before Avengers 4 and everything after. I know it will not be in ways people are expecting.”