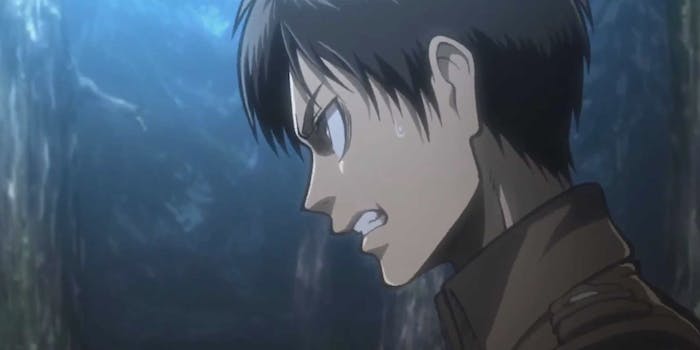 What is Sony doing with the ‘Attack on Titan’ domains it just registered?

Does this mean a movie adaptation is on the way?

The cult manga and anime series is massively popular in Japan, with two live-action movies due out out this year. However, while Attack on Titan has definitely caught on overseas, its core audience of anime fans is not big enough for American film distributors to buy into a Japanese adaptation. If an Attack on Titan movie ever reaches the U.S., a Hollywood remake is the most likely way.

Sony has yet to make any kind of announcement about an Attack on Titan adaptation, but these domains suggest the studio may be negotiating with the series’ Japanese owners.

A few domain names don’t necessarily prove that a movie will actually happen, but the fact that it’s Sony does make it seem more likely. Sony Pictures is on the hunt for new franchise material, and Attack on Titan is one of the most popular anime series of the decade.