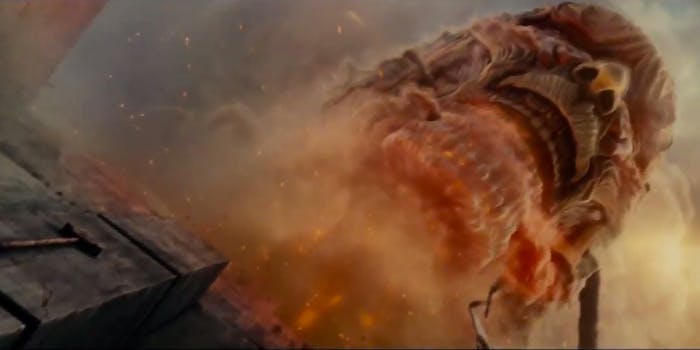 New ‘Attack on Titan’ trailer finally has us excited

The action is almost intense enough to make us forget how different this movie is from the series.

The latest trailer for the two live-action Attack on Titan films is here, and at last the movie is starting to shape up.

From the brief promo photos and previews we’ve gotten thus far, the film really hasn’t seemed to have much in common with the series upon which it’s based. Sure, the three main heroes, Eren, Mikasa, and Armin, are here. And so are three more characters from the original manga and anime, Jean, Hange/Hanji, and Sasha. But everyone else is new—including, inexplicably, a character who so far seems to be a stand-in for the series’ most popular character, Levi, in everything but name.

Still, the trailer is definitely promising. Take a look:

Though it’s better than we were expecting, this version of the titan story probably won’t satisfy everyone. The entire setting initially seemed to have been relocated out of its historical setting and placed somewhere ambiguously modern, though thankfully this trailer has a 19th-century feel.  Contrary to creator Hajima Isayama’s wishes, Hange’s much-prized gender ambiguity hasn’t been preserved for the film—here, she’s obviously female.

And please, Armin isn’t even blonde.

However, in the new trailer, the historical setting seems intact, things blow up, intense music blasts, the Colossal Titan emerges over a giant wall, and it all feels very Shingeki no Kyojin.

In addition to the new trailer, the film’s official website released an additional promo poster for the film yesterday, with accompanying flyer: 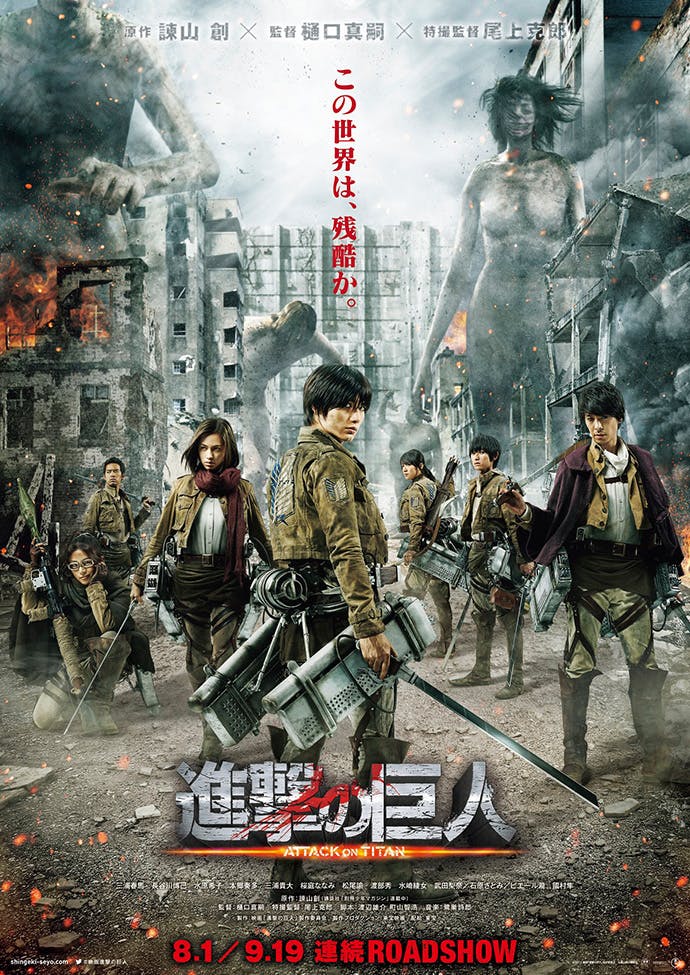 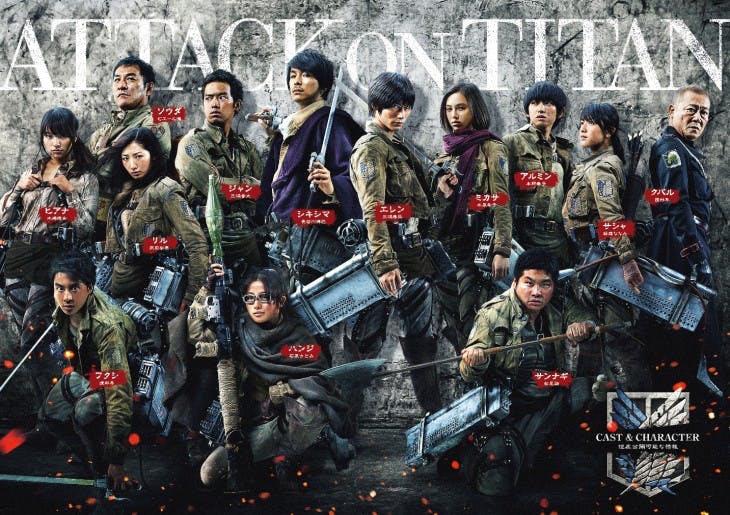 It was a rough start for this project. The first director dropped out of the production citing creative differences, leaving us with the acclaimed artist-turned-director Shinji Higuchi. Higuchi, nominated for the equivalent of a Best Director Oscar for his work on 2013’s Floating Castle, seems to have turned this car around.

Of course, we still don’t really know how the plot will unfold beyond the familiar origins of the manga and anime. We especially haven’t really seen enough to indicate whether any of the significant background and elemental information about the titans from the manga and anime will be pulled over into the film.

Then again, given how far we are from having any kinds of answers in the series, it shouldn’t be too much of a stretch to enjoy this film. Just think of it as a kind of alternate universe fanfic of the real thing. (And try not to miss Levi too much.)