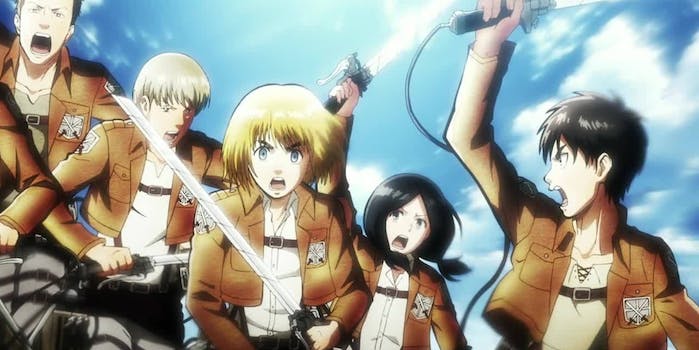 We knew the Survey Corps has moves, but not like this.

Attack on Titan plus hip-hop dance? Not a combination we ever expected to see, but that hasn’t stopped the Survey Corps Dance Crew.

This Southern Californian competitive hip-hop dance crew built an entire routine around their love of Attack on Titan. Dressed as members of the Survey Corps, they performed at California’s Ultimate Brawl dance competition this spring, with a routine inspired by the action sequences of the popular anime. And yes, it’s awesome enough that we’re kind of hoping Attack on Titan someday inspires its own stage show.

Dance isn’t really something we see much in the world of fandom, with most people tending to go for cosplay, fanfic, or art. However, Attack on Titan is a perfect fit for a dance interpretation. Almost every episode includes some kind of action sequence, and the visuals of the survey corps are immediately recognizable, especially the way the characters swing between buildings on gas-propelled wires. The show also has an iconic theme song, which previously inspired a cosplay figure skating routine.

The Survey Corps Dance Crew will also appear at Anime Expo this July, as part of the masquerade halftime show.