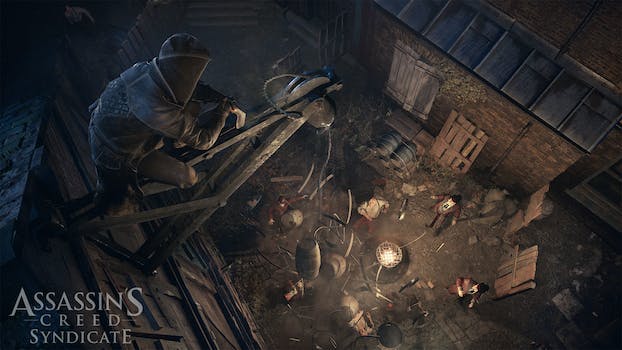 Explore London during the Industrial Revolution in Assassin’s Creed Syndicate

Ubisoft has just revealed gameplay footage and details on the new Assassin's Creed.

Another year, another Assassin’s Creed.

Ubisoft has just revealed details and gameplay footage of the latest entry into the Assassin’s Creed franchise, Syndicate. It’s being developed by Ubisoft Quebec, which is leading the development of an Assassin’s Creed game for the first time.

The game will take place in London in 1886 during the height of the Industrial Revolution. You will be able to play as two protagonists. Jacob and Evie Frye are twins who are set to bring down a very greedy establishment that preys on the poor.

According to Ubisoft, Jacob is more “hot headed, brash, and rebellious” while Evie is a “relentless assassin” and a “master of stealth.” Both are leaders of the Rooks, a gang that fights for the little guy.

The game is rather large, claiming to be 30 percent bigger than Assassin’s Creed Unity’s Paris. It will feature six of London’s boroughs, which includes Westminster, the Strand, the City of London, Whitechapel, Southwark, and Lambeth. Each borough will feature a main gang leader, who also happens to be a part of the Templars.

Though the game is large, it won’t be multiplayer. It seems that Ubisoft Quebec wanted to spend all of its resources to create the largest and most realized Assassin’s Creed game world yet.

And it wouldn’t be an Assassin’s Creed game if it didn’t feature some historical cameos. Your allies in Syndicate will be novelist Charles Dickens and biologist Charles Darwin.

Assassin’s Creed Unity launched in November with a slew of technical issues. Patches were released that were upwards of seven gigabytes. After a few patches, the game was far more playable, but it still irked many gamers, especially those that dropped $60 on day one. The game was also criticized by some for only featuring male protagonists and not being inclusive enough. Previous versions of Assassin’s Creed have been more inclusive.

Syndicate game is set to come out on Oct. 23 for PS4 and Xbox One, with a PC release shortly after.