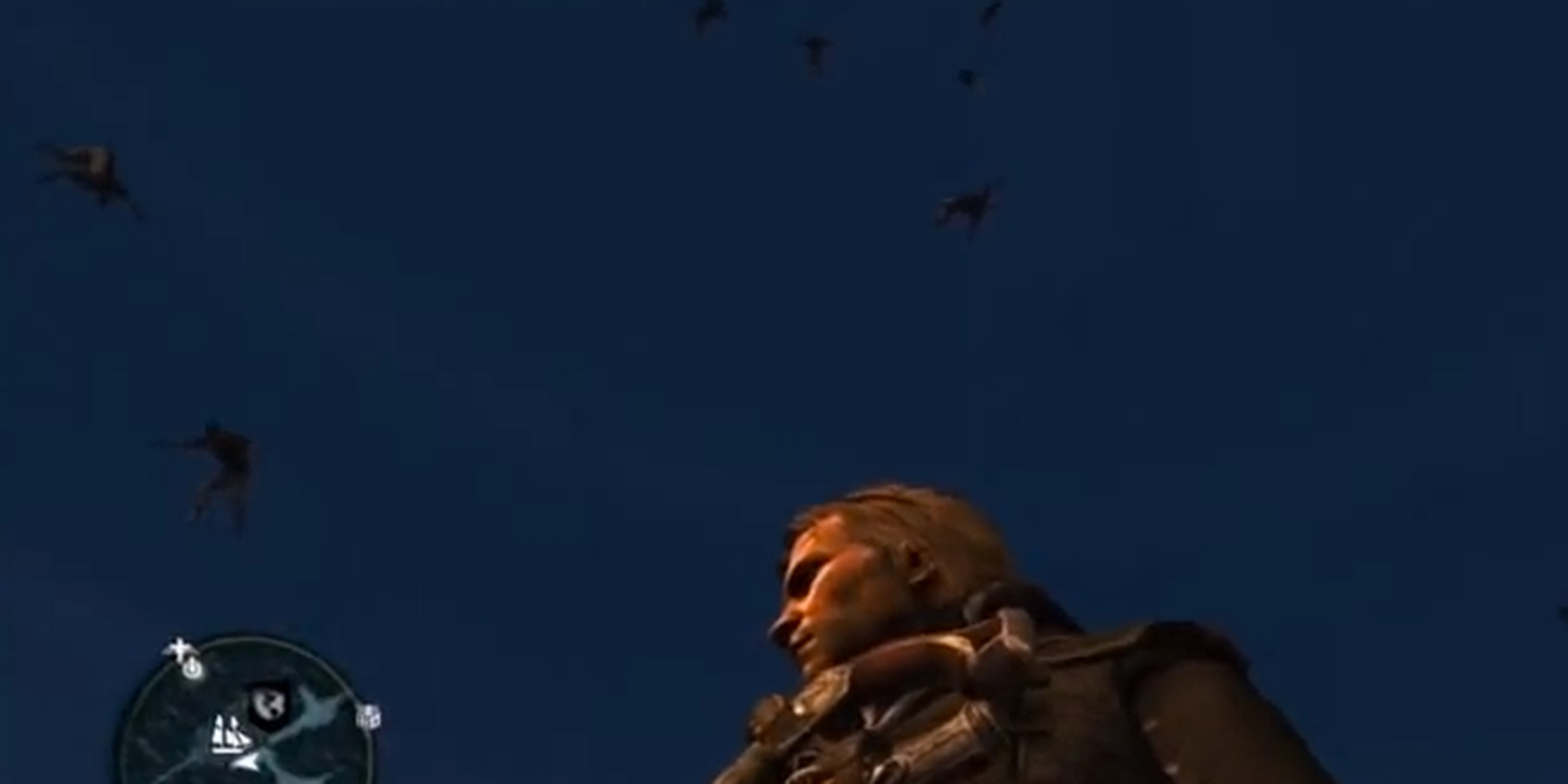 This glitch in ‘Assassin’s Creed IV’ is freakish, mesmerizing

When the pieces of a virtual world stop working together, the results are pure poetry.

No video game is without its design flaws, and as their imagery has gotten more complex, there are more and more opportunities for a bit of coding to go awry. But as this clip of an unlikely phenomenon in Assassin’s Creed IV: Black Flag demonstrates, not all glitches are created equal. A precious few might even be considered found art.

The open-world action-adventure game puts players at large in the Caribbean islands, to contend with pirates and colonialist forces alike; you also get to captain a brig called the Jackdaw. This ship, as many discovered, sometimes has a mind of its own, and is often involved in moments when the game’s physics break down completely.

One gamer, for example, saw the Jackdaw “slowly falling from the sky into the water. it was freaking weird and pretty cool at the same time.” Another reported a similar incident: “I had a glitch where the Jackdaw was docked and it was invisible and in it’s [sic] place was a giant whirlpool like texture glitch. Then all of my crew began falling from the sky and drowning and I was just there floating watching.”

A third report seems to best describe what happens in the YouTube clip below.

my crew was coming out of the whirlpool and floating in the water. Then I watched in horror as they all started drowning cuz none of them know how to swim for some freaking reason. And some of the dead bodies started floating in the sky. And when I thought it couldnt get any weirder I see a black flag rise out of the whirlpool and there came my ship rising out of the water. It was so beautiful……… till I got on my ship and realized nobody was on it cuz they were all dead. Well there was one guy there that starte clapping but not even my first mate was on board. thank god when i set sails they all came back to life.

That surreal turn of events, paired with the choral song “Grande dossologia” makes for a pseudo-religious effect. It really does seem like the drowning sailors are being raptured into heaven.

Gamers are tough to impress, however, and at least one commenter was jokingly incensed at the lack of initiative on display: “the fact that you didn’t jump off the dock and into the hole shows you have no adventure in yourself,” they wrote. “you shouldn’t be playing videogames they’re being wasted on you. go outside﻿.”

As to the swashbuckling attitude, it’s a fair point. How else are you going to find Atlantis?