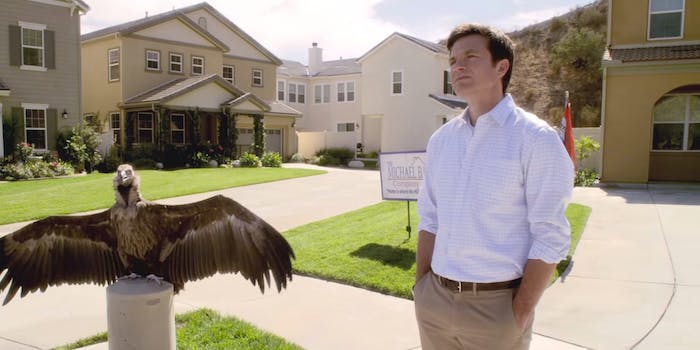 No, it's not an illusion.

More than a year after the fourth season of Arrested Development debuted in binge-form on Netflix, the show is finally being released on DVD, but not without some help from the fans.

Instead of releasing the DVDs with a generic cast photo on the cover, as it’s done with previous seasons, Arrested Development is looking to fans to design the DVD cover. Show promoters opened up a contest to fanartists online, where they can submit their best original artwork. Creator Mitch Hurwitz will eventually select the winner, who will have the honor of creating the art on the Arrested Development DVD as well as a cool $1,000.

Some fans may think that Arrested Development finally ran out of money in the banana stand, but that may not be the case. Hurwitz figured that fans are going to make fanart no matter what, and it’ll probably be better than whatever Twentieth Century Fox comes up with, so why not crowdsource it?

The Season 4 DVD is coming out soon and they’re designing the DVD cover art and you know what? The fan art that people have made for the show is so much more interesting. And while Twentieth Century Fox didn’t like my first suggestion, “Let’s just steal it”, they have come around to my second suggestion, “Let’s have a contest for best fan art! And then steal it!”

So what do you say? Share the art you’ve made over the years or create new pieces just for Season 4 and I’ll help select one for the new DVD cover. And you’ll probably get paid something. Right? They’d probably have to just legally. I don’t know. I’m not a lawyer. But I do have lawyers. And they suggest I retract everything I’ve just written.

The contest has a long list of rules for fanartists to adhere to, and they have until Sept. 16 to submit their artwork on Tumblr.