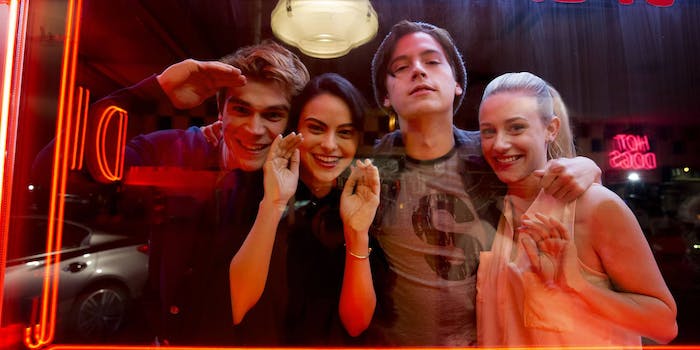 This could mean a new reboot for 'Sabrina the Teenage Witch,' or some of Archie's lesser-known titles.

Speaking to The Hollywood Reporter, Archie Comics CEO Jon Goldwater namechecked a number of Archie properties that are now available for TV adaptations, including Josie and the Pussycats (whose main characters have a supporting role in Riverdale) and Sabrina the Teenage Witch. We could also wind up seeing some of Archie’s lesser-known characters, including superheroes from the publisher’s Dark Circle imprint.

The TV deal is characterized as part of Archie’s ongoing evolution as a publisher, tying in with the revamped comics of the past few years and the launch of Riverdale. And judging by what we’ve seen in Riverdale, Archie Comics will not shy away from some pretty creative reboots of classic characters.