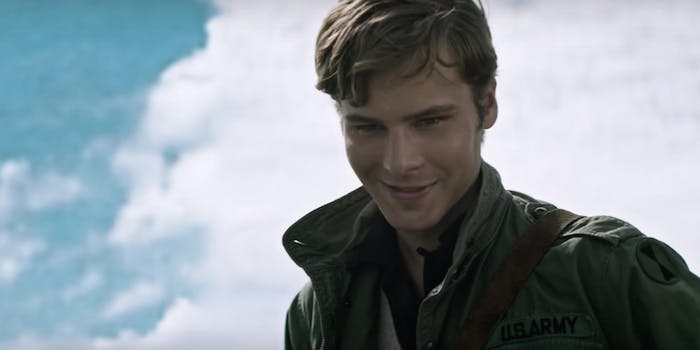 Should this guy’s Harrison Ford impressions earn him a place on the Han Solo shortlist?

Disney is working on a Star Wars spinoff movie about the young Han Solo, and so far all the casting options are truly dismal.

The reported casting shortlist is a damp Wonderbread sandwich of actors like Ansel Elgort and Miles Teller, none of whom seem remotely plausible for the role. But on the Internet, a lot of people already have an ideal actor in mind to play the young Han Solo: a 25-year-old Canadian named Anthony Ingruber.

Ingruber is an actor in his own right, but his main claim to fame is his resemblance to Harrison Ford. He isn’t exactly a lookalike, but his impressions of Ford are fantastic—even in this YouTube video from 2008, when he was still a teenager.

Ingruber went on to play a young version of Harrison Ford’s character in the romance movie Age of Adaline last year, a performance where he appeared eerily similar to Ford without seeming like he was doing an outright impression.

For obvious reasons, fans began suggesting Ingruber for the Han Solo movie as soon as it was announced last year. There are even several pieces of fanart picturing him in the role, and Variety‘s Han Solo casting shortlist only helped to spur on hashtags like #IngruberForSolo.

As a relatively unknown actor, it’s no surprise that Ingruber’s name didn’t appear on the widely publicized list of possible Han Solos. But considering how unlikely that list actually is (Dave Franco, really?), maybe Disney should consider calling Ingruber in for an audition or two.