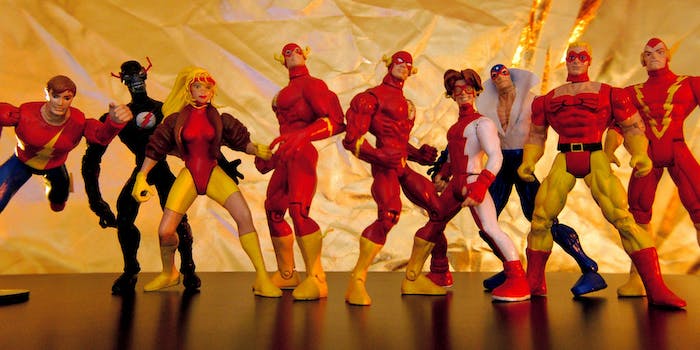 What will the purchase mean for comics readers?

David Stenberger, CEO of comiXology, said in a press release that “working together, we look to accelerate a new age for comic books and graphic novels.”

The news comes as a surprise, especially because comiXology’s has historically been a strong supporter of brick-and-mortar comics retailers.

ComiXology caused a stir two years ago when they announced a profit sharing program with physical retailers.The program let consumers buy comics digitally over comiXology, while still earmarking a portion of the profit for an in-network local comic book store. That way readers could get the digital comics they wanted, while still supporting their local comic shop. It’s uncertain if the program will continue following Amazon’s acquisition.

With Amazon pushing more digital content, fans are excited to see if there could be possible bundling opportunities. It’ll be interesting to see if Amazon can package digital codes for graphic novels along with sales of a physical book.

Notably, this could be another nail in the coffin for physical books retailers such as Barnes and Noble. Now that Amazon owns comiXology, it can opt to remove its app from the Nook tablet (though a move like that would likely be pretty unpopular.)

The acquisition is expected to close in the second quarter of 2014.