Star Wars: Darth Vader isn't out until February, but fans are already ecstatic over the new hand-painted cover.

Marvel made a splash at this year’s San Diego Comic-Con by announcing that their initial slate of Star Wars comics, marking their return to stories they once published long before Disney bought them or Lucasfilm.

There are three new comics starting in early 2015, all set after Star Wars: A New Hope. In addition to a look at the rebels in the simply titled Star Wars and a special Princess Leia mini-series, Marvel will be planning a series devoted to Darth Vader. Penned by popular comics writer Kieron Gillen and featuring art by Salvador Larroca, Star Wars: Darth Vader will focus on the same time frame as the core Star Wars series, following the events after the first film from the perspective of the fallen Jedi Knight.

Yesterday, StarWars.com revealed a gorgeous variant cover for Darth Vader #1. An unabashed love song to everyone’s favorite master of the dark side of the Force, the cover features a fully non-digital painting by artist Alex Ross. 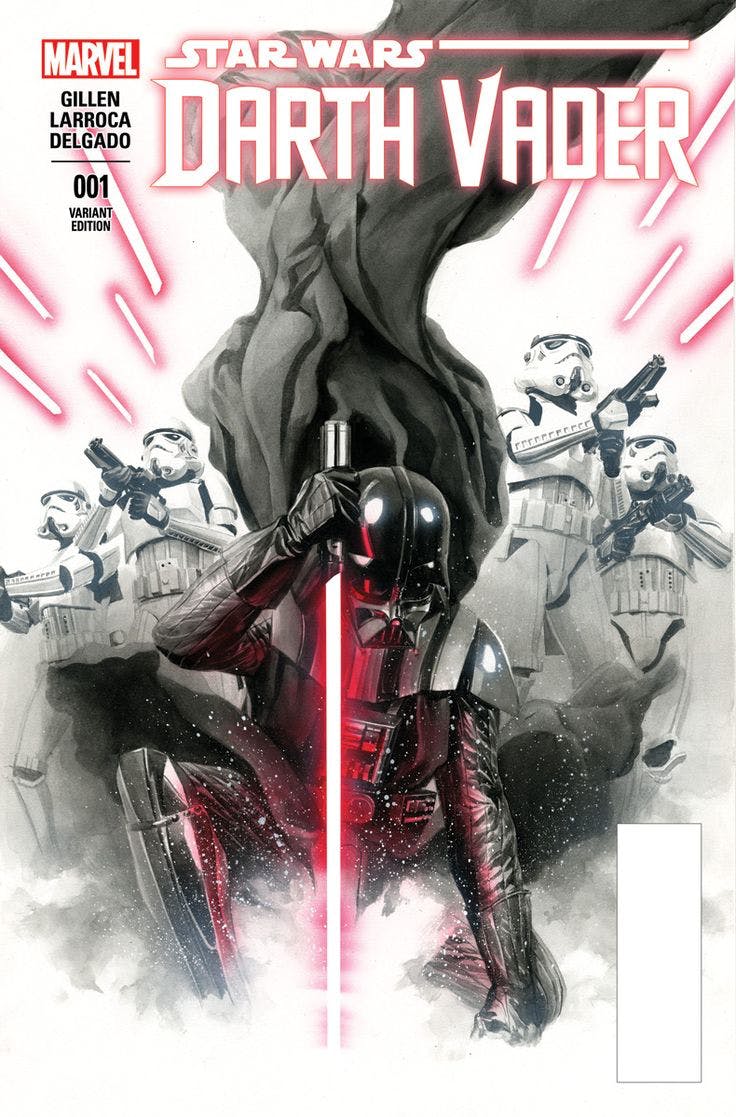 And thanks to the subreddit r/ComicWalls and redditor boganhobo, there’s already a wallpaper version: 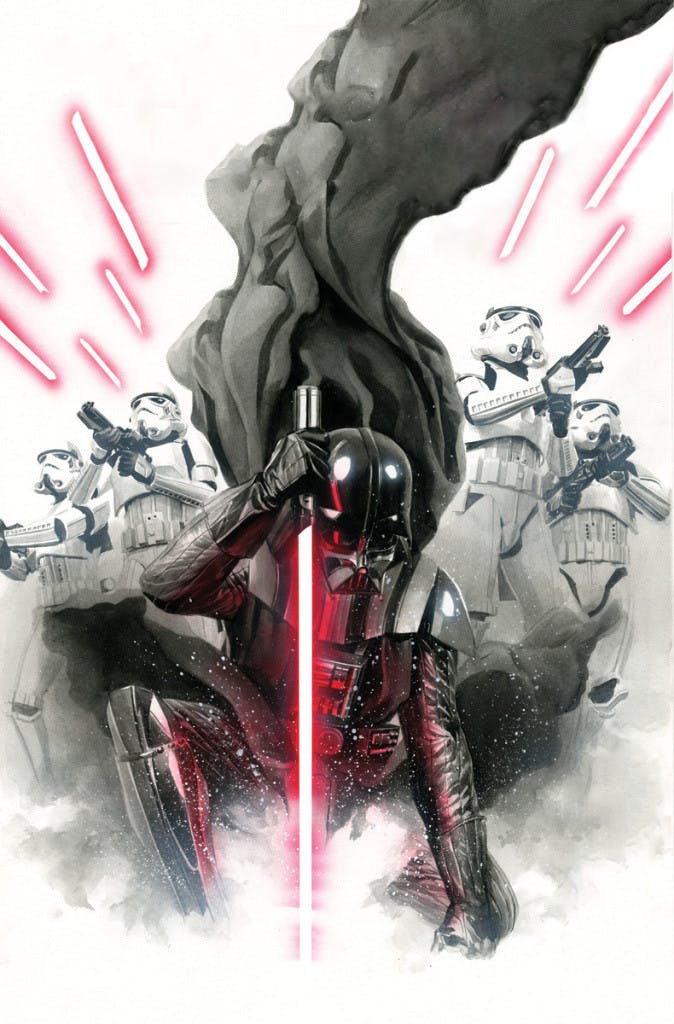 Last month, Marvel previewed the variant cover for Star Wars?, also by Ross and also stunning. The first issue of that series will be released in January; Darth gets his turn in February. Marvel is also re-releasing an omnibus collection of its original run of Star Wars comics, which it published until Lucasfilm brought the comics license to rival Dark Horse.