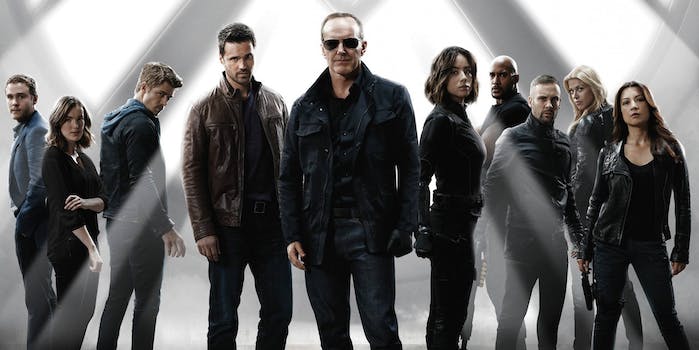 The Inhuman war ramps up in the new ‘Agents of S.H.I.E.L.D.’ season premiere

The new season premiere is full of Inhuman superpowers -- and hints toward 'Captain America: Civil War.'

We never thought we’d find ourselves comparing Agents of S.H.I.E.L.D. to Game of Thrones, but here we are. Moving into season 3, we’re following such an abundance of characters and subplots that the latest episode only had time to cover about half of them.

The new season is already focusing on the rise of the Inhumans, as more people start exhibiting unexpected superpowers after eating Terrigen-infused fish-oil pills. For a storyline kick-started by rogue dietary supplements, it’s surprisingly intense.

With Daisy (formerly known as Skye) now armed with earthquake powers on top of her S.H.I.E.L.D. training, our new everyman character is a civilian named Joey Gutierrez, whose life is torn apart when he gains the ability to melt solid metal.

Pursued by a strike team led by our new antagonist Rosalind Price (Constance Zimmer), he winds up being rescued by S.H.I.E.L.D.—who immediately detain him for his own safety. As superpower revelations go, it’s less, “You’re a wizard, Harry,” and more, “You’re never going to see your friends and family again.”

“It may feel like your life is ending, but it just got more interesting,” says Daisy, optimistically. “Interesting?” Joey replies. “I’m not a freaking TED talk!”

Joey’s very valid freak-out is a great counterpoint to the unflappability of characters like Daisy and Mack, who have already seen their fair share of life-changing sci-fi disasters. Sometimes Agents of S.H.I.E.L.D. can get so bogged down in its wealth of Men in Black conspiracies that we lose track of the show’s original purpose: to tell Marvel stories from the perspective of everyday people. So, despite his Inhuman status, Joe’s role is to show the human impact of S.H.I.E.L.D.’s well-intentioned but frequently catastrophic meddling. 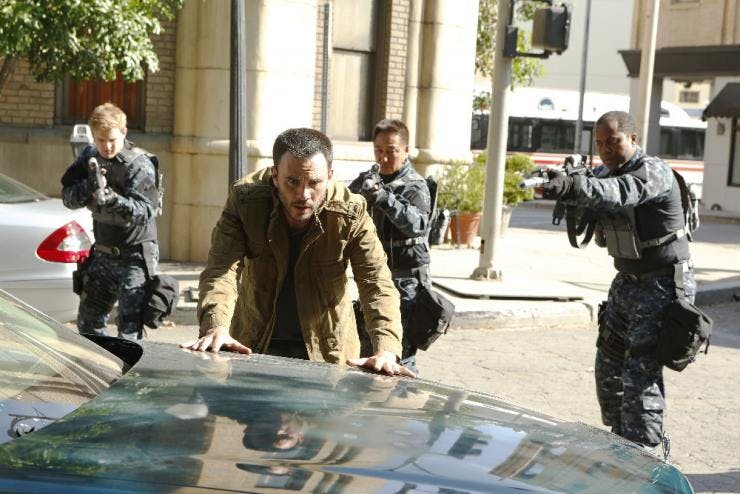 He’s also the first openly queer character in the Marvel Cinematic Universe, a detail that is casually revealed within the first few minutes of the episode. Played by Colombian TV star Juan Pablo Raba, he’s likely to have an ongoing role in later episodes, perhaps even joining S.H.I.E.L.D.’s upcoming Inhuman super-team, the Secret Warriors.

Even just one episode into the new season, we’re already getting hints of foreshadowing for Captain America: Civil War‘s Superhero Registration Act. “The laws of nature have changed,” says the U.S. president in a televised address. “Until the laws of man have changed to reflect that, we must do what we feel is right.” This translates to mobilizing a strike team to hunt down people like Joey, introducing Rosalind Price as an entertainingly snappish foil to Agent Coulson’s paternal calm.

Along with Price and Joey, the premiere unleashed a rather Teen Wolf-looking Inhuman villain known as Lash, a blue giant who likes to blow holes in walls, floors, and the chests of new Inhumans. His presence gives Daisy and her Inhuman friend Lincoln a chance to show off their powers, but it’s hard to find Lash frightening when the show’s most compelling threats are always more complex. The concept of government-sanctioned violence against unarmed civilians, for example. 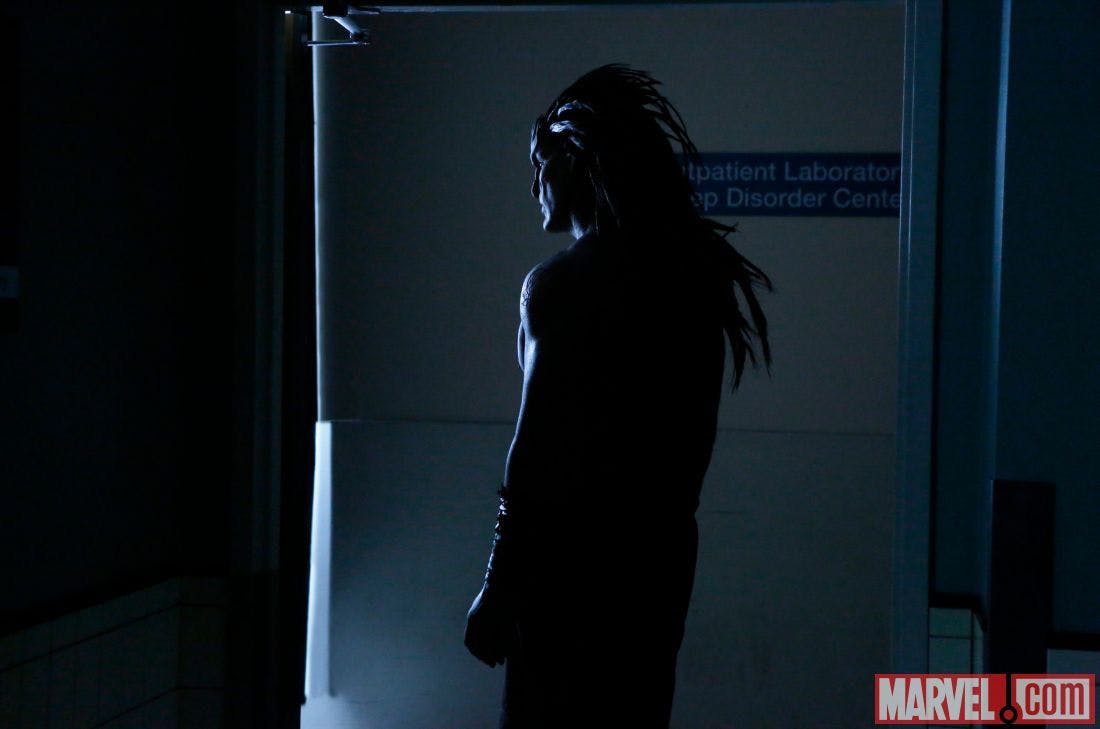 All this Inhuman action means the episode had no time for the mysteriously absent Agent May, the government’s ongoing anti-S.H.I.E.L.D. crackdown, or Grant Ward’s newly rebooted HYDRA gang. Instead, the main B-plot is dedicated to Fitz’s search for Simmons, who was absorbed into an ominous stone monolith last season.

Coulson, who for some reason doesn’t realize he’s living in a TV show, thinks Fitz should accept that Simmons is dead. Meanwhile Fitz, who is considerably more genre-savvy, embarks on a quest to find an ancient scroll that may reveal what happened to Simmons. Unfortunately, the scroll is just inscribed with the word “DEATH” in Hebrew, prompting actor Ian De Caestecker to do what he does best: have an emotional breakdown. Thank goodness Agents of S.H.I.E.L.D.‘s writers realized that Fitz is at his best when put through the ringer.

Of course, no one will be shocked to learn that Simmons is still alive. The episode ends on a fantastic cliffhanger with Simmons running for her life on an alien planet, and we can’t help but be reminded of Hawkeye’s comment on Loki’s alien portal in The Avengers: Doors open both ways. If the monolith can transport Simmons to this mysterious blue planet, what might travel to Earth in the other direction?

Photo via Agents of S.H.I.E.L.D./Marvel