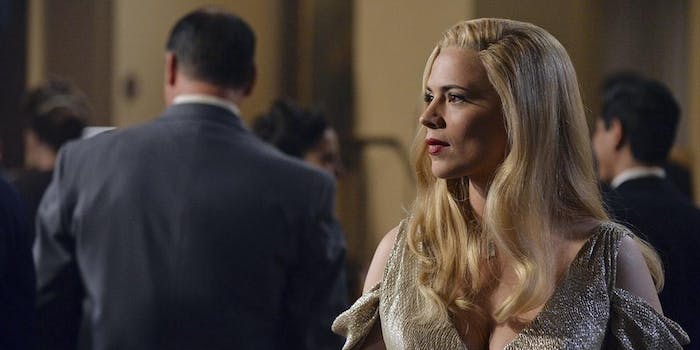 Agent Carter has been described as a self-contained miniseries, only scheduled to run for eight episodes during the mid-season hiatus of Marvel‘s Agents of S.H.I.E.L.D. on ABC. But in a new interview, Agent Carter‘s showrunners suggest that a second season is definitely possible.

Tara Butters and Michele Fazekas met when working as assistants on The X-Files, then went on to join Joss Whedon‘s Dollhouse as producers. They currently serve as executive producers on Agent Carter, and in an interview with Arrow co-creator Marc Guggenheim published in The Hollywood Reporter, they revealed that they wanted to expand the show beyond a miniseries. (Fun fact: In addition to his role on the CW’s DC superhero show Arrow, Guggenheim is Butters’ husband, making them something of a superhero-television power couple.)

“I do feel like we certainly have more episodes in us,” said Fazekas. “And because we’re having so much fun and we like these characters so much, that always makes it easier to write and easier to want to spend time on.”

Fazekas’ comments suggest that, if the miniseries’ ratings are good, we’re likely to see more of Peggy Carter in the future.

In addition to their optimistic comments, however, both showrunners also emphasized the strengths of tailoring a story to a miniseries.

“It’s a blessing,” Butters said. “Having eight episodes where it’s not eight with the possibility of more, you know there’s only going to be those eight and you’re not going to have to hedge your bets and say, ‘Well, maybe we’ll have a few more episodes that we’ll have to fill out.’ You know the beginning and end of the season and can plot it out in a smart way.”

The miniseries format already seems to be paying off; the first two episodes benefit from a faster pace than the slow start of Agents of S.H.I.E.L.D.

Elsewhere in the interview, Fazekas mentioned that other Marvel Comics characters will be appearing on Agent Carter. As always, however, Marvel security is so restrictive that she couldn’t divulge anything further.