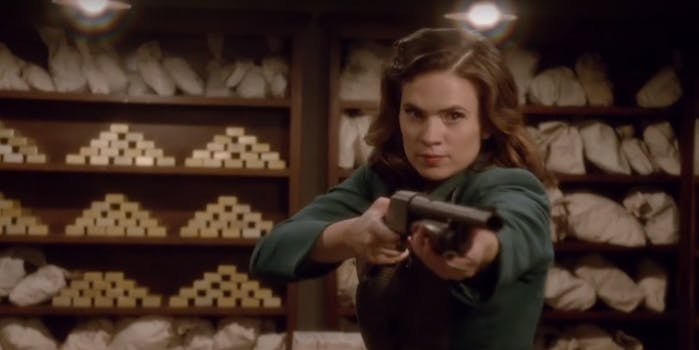 She's got a handle on it.

The latest promo for Agent Carter season 2 shows Peggy, Edwin Jarvis, and the Strategic Scientific Reserve investigating their biggest mystery yet: one inspired by the Black Dahlia murder. Peggy will almost certainly be doing a lot of gun-pointing along the way.

While sye will certainly make it out alive, since she’s still around in Captain America: The Winter Soldier, we can’t say the same for the rest of her crew.