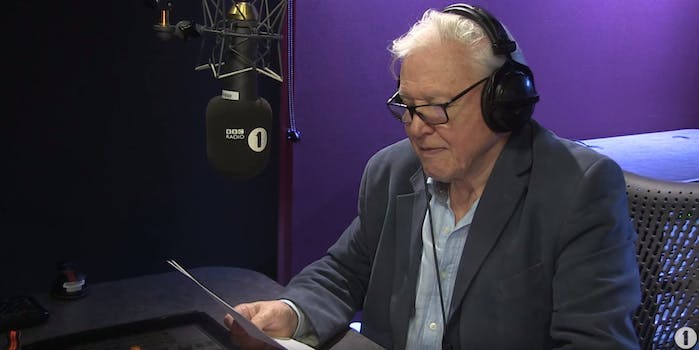 Only the master of documentary voiceover could improve Adele's latest music video.

Thanks to his decades of work filming and narrating nature documentaries, Sir David Attenborough is a perfect target for affectionate parody. But why bother with a second-rate Attenborough impression when you can get the real thing?

The living legend visited Radio 1 this week, where DJ Greg James gave him a simple but delightful task: narrate Adele‘s “Hello” video in the style of one of his own documentaries.

We know you’ve already spent thousands of hours watching “Hello” on repeat, but somehow, the genius of Attenborough makes it feel fresh all over again.