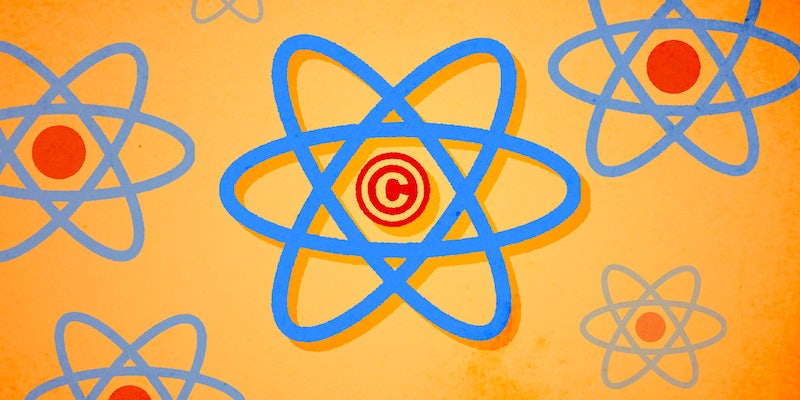 Earlier this month, President Barack Obama did something no president has ever done: He published a paper in a peer-reviewed medical journal. The paper, titled “United States Health Care Reform: Progress to Date and Next Steps,” published in the Journal of the American Medical Association (JAMA) is free to read online. But one scientist noticed something amiss.

JAMA claimed copyright on the article, and Michael Eisen, a biologist at the University of California, Berkeley and co-founder of the open access academic journal, PLOS One, called shenanigans.

journals like @JAMA_current must stop routine practice of illegally claiming copyright in works of US govt pic.twitter.com/yPKCHOGkor

Eisen noted something many have pointed out over the years: Work done or funded by governmental agencies, such as the National Institutes of Health, are too often kept from the public eye because they exist behind the paywalls of academic journals. Eisen also said that within the U.S. law on copyright is a clause, section 105, that states:

In normal human English, that means that any work produced by the U.S. government cannot be copyrighted if that work is created as a part of official U.S. government activities. Obama publishing work related to the Affordable Care Act most likely falls under part of his official duties as president.

Eisen published an open letter to the president urging him to take action against this violation of copyright law.

my letter to @POTUS asking him to stop journals from claiming copyright in US gov work, as @JAMA_current did to him pic.twitter.com/1lBkiOm0F2

But JAMA nonetheless published the following disclaimer: “The journal’s copyright notice applies to the distinctive display of this JAMA article, and not the President’s work or words.” When the Daily Dot contacted JAMA for comment, they directed us to a publisher’s note of the disclaimer and declined to comment further or claim whether or not this disclaimer was a direct response to Eisen’s letter.

Eisen told the Daily Dot that other works by U.S. government employees published in JAMA don’t get the same sort of disclaimer. JAMA claims copyright on those articles and, more often than not, puts them behind a paywall.

“I thought this was a chance to raise an issue that’s long been bugging me that this provision of copyright law is more or less completely ignored by everybody,” Eisen said.

Technically, JAMA didn’t do anything wrong claiming copyright on Obama’s article. And they’re also legally allowed to put paywalls any article they publish, even if it’s penned by a U.S. government employee, according to Betsy Rosenblatt director of the Center for Intellectual Property Law at Whittier Law School.

They don’t have to specify what is part of their copyright claim, Rosenblatt explained. She drew a parallel with publishing a cookbook. Recipes cannot be copyrighted, she said. But you can copyright the pictures and creative instructions that go with them in a book. And all you have to do, she said, is write that the book is “copyright” of the author, without specifying what, exactly, is copyrighted.

“No reasonable person is going to look at an article that has copyright of JAMA slapped on it and think, ‘Oh, that’s just applying to the color scheme,’” Eisen said, but that doesn’t mean JAMA can’t claim copyright.

JAMA is certainly not the only publication to do it. Rosenblatt again cited Thomson West as another publisher that does the same thing. She emphasized that people can argue about whether that’s something publishers should do, but it does not infringe on copyright law as it’s currently written.

Eisen said in an email to the Daily Dot that even if publishers are technically not infringing on copyright, the copyright notice effectively restricts most people from reading research that their tax dollars funded.

These journals use this copyright to restrict access to the material they publish, and as a means to charge people for accessing the content. Thus, for most of the articles they publish, the “Copyright JAMA. All rights reserved.” has a real practical meaning to readers: it says “you have to pay us to access this article, and you can not redistribute or reuse this article without our permission”. When JAMA puts this notice on papers to which they do not own the copyright, this context matters, because most readers will see that and naturally assume that they have to pay to access that content, and it’s complete bullshit of them to claim that they’re just protecting their layout. And when they try to charge readers $30 to access an article whose text is in the public domain, do they really think people are forking over that money so they can get a paper in two column layout with a taupe tinted abstract? Of course not. People are paying for the content. Otherwise, why do journals ask authors to sign over copyright in the first place?

We asked Eisen if he had heard back from Obama or one of his representatives about his letter. Eisen said he figured the president was probably “a little busy.”