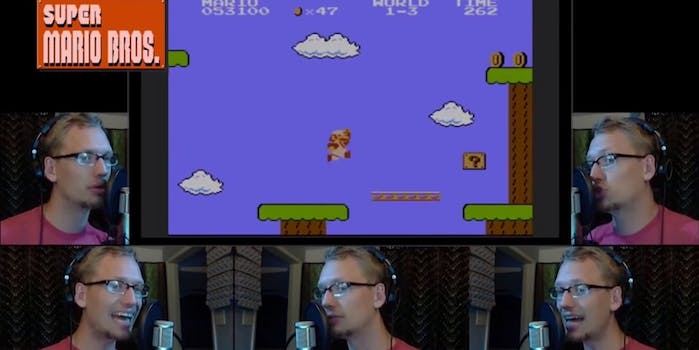 A cappella singer performs an ode to video game music

The YouTube channel Triforcefilms gathered its best a cappella performers to create a 16-minute-long ode to video game music, entitled “The Evolution of Video Games.” Beginning with the ’80s classic Pac-Man, the melodic “bums” and “bahs” soar through The Legend of Zelda, Pokemon, and Halo. It concludes with 2007’s Uncharted: Drake’s Fortune, before featuring the music from Portal over the end credits.

It looks like the a cappella stylings of Smooth McGroove, best known for his covers of several Legend of Zelda themes, may now have some strong competition.