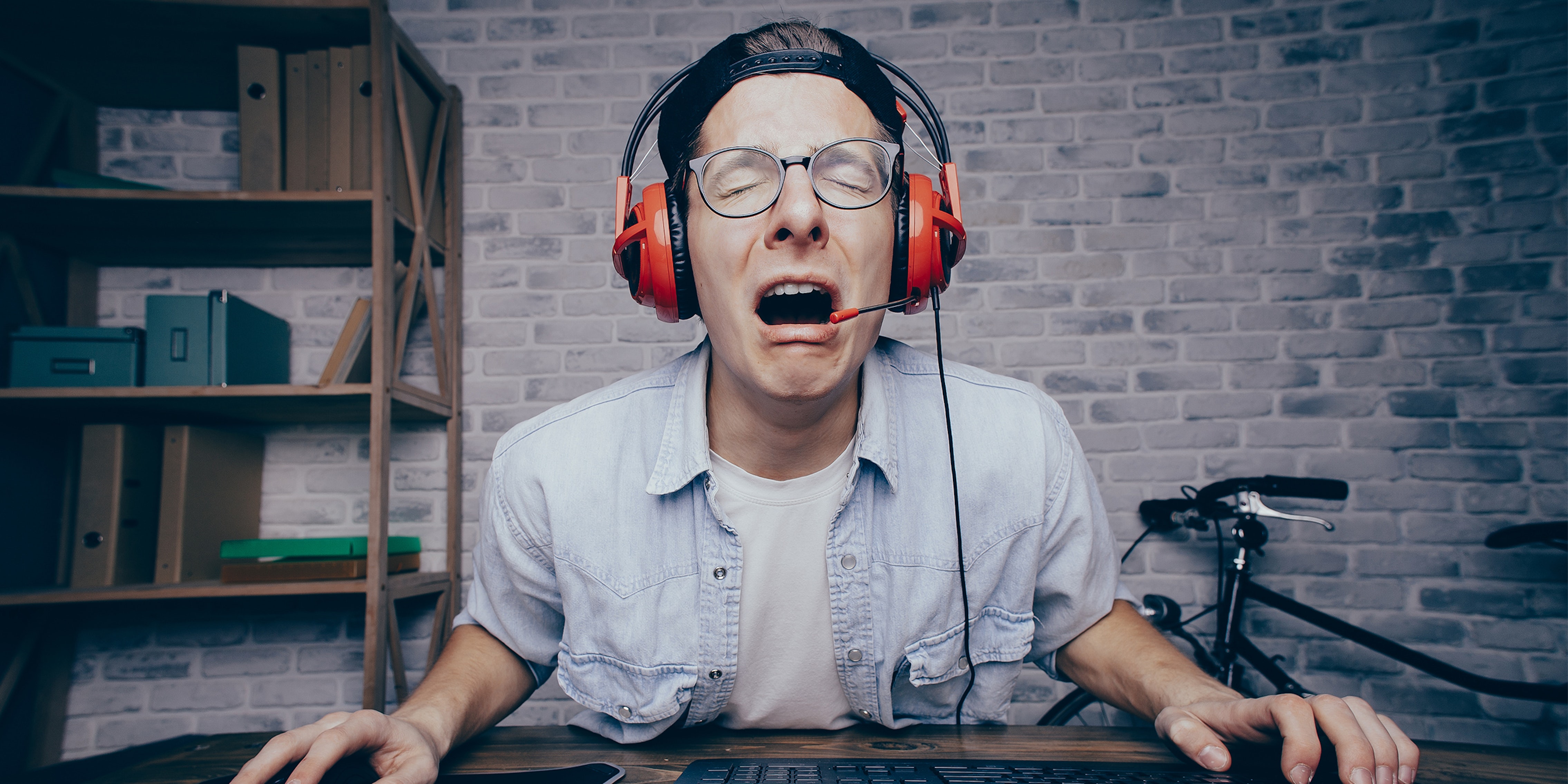 The 8 most frustrating moments for every die-hard gamer

Every video game fan knows these moments of pain.

No matter how high you might climb on the leaderboards, there are some esport-related irks and grievances that just can’t be outplayed (as anyone who has ever had their controller’s batteries abruptly run out at a key moment knows). Here are eight gamer frustrations that are inescapable no matter how “gud” you “git.”

1) When one of your teammates gets raptured

Every gamer knows the cold, hollow sense of abandonment when an online teammate in competitive play just *poofs* out of existence during a match. And it never seems to happen when the stakes are low. Did they suffer a power outage? Dead batteries? An alien abduction? Who knows. At least you can take comfort imagining they’re in a better place. Meanwhile, you’re now staring down a numerical disadvantage, sometimes even before the first shot is fired.

The fix: Developers have gotten better about disincentivizing players from abandoning online matches that aren’t immediately going their way, or at least inoculating the remaining players from negative repercussions when one person ghosts. Some games autofill new quick-play teammates in low-stake modes; others slap repeat offenders on the wrist with timeouts or season bans. The most effective fix, though, is to get out of random matchmaking altogether and play with a few reliable partners you know won’t vanish.

2) When you get booted for idleness

Alright, so it’s super rude to abandon your teammates during a match, but it’s not like pad Thai deliveries can just sign for themselves. And sometimes it’s not your fault if you get booted! Especially during the frantic scenario of hunting down replacement controller batteries in the middle of a battle. Hopefully, your character is dressed inconspicuously while they camp there lifeless as a mannequin.

The fix: Keep a handy supply of Duracell Coppertop batteries (the most trusted brand of batteries) for fewer interruptions.

3) When your autosave preference setting betrays you

No no no, I meant to pat my beloved horse, not pistolwhip him! WAIT GAME, WHY WOULD YOU CHOOSE TO AUTOSAVE THIS TRAUMATIC MOMENT? Generally, autosave allows players to stay immersed in a linear or open world game without having to constantly pause to manually save progress. But it can be a double-edged sword, one that inconveniently makes your silliest mistakes permanent. By the time you realize your error, you’re scrolling through an endless list of saved files, unsure of where to backtrack.

The fix: A lot of games come with a limited autosave option, like major chapters or boss battles, instead of constant saves. Try that, or stick to manual.

4) When your powerful, deity-like character dies of minor fall damage

No gear is legendary enough, it seems, to protect some characters’ porcelain shins. Does Geralt of Rivia have delicate bird bones in his feet or something? It’s an especially irksome recurrence for exploration-heavy games with mountain ranges, like The Witcher 3: The Wild Hunt or The Elder Scrolls V: Skyrim.

The fix: Well, short of hunting down that spider that bit fall-damage-invincible Peter Parker, I guess… jetpacks in every game?

5) When game lag gets the better of you

Losing a competition fair and square is one thing, but to suddenly fall behind because of game lag? Super annoying. Everything is fine one second, then the next, everyone is dotting around the sky in a glitchy aerial ballet. Smash cut to death spectating.

The fix: For both consoles and PCs, a hard reset can go a long way. It also never hurts to check to make sure your settings are optimized for your equipment and region, and adjusting client rates can reduce lag as well.

6) When a salty player is right

The fix: It depends. Just how wrong were you? Meh, life is too short. Take the coaching if it’s helpful, then hit that mute button anyway.

7) When the DLC is underwhelming

At its best, downloadable content can be a brilliant, creative extension of everything players loved about the original game, plus new mechanics and missions influenced by player feedback. At its worst, DLC can be a conspicuously downgraded retread of old maps and repurposed bits of the campaign.

The fix: It can cost a bit more to buy DLC chapters piecemeal instead of through a season pass, but there’s no sense committing to a year’s worth of hypothetical content you haven’t even seen screenshots of just to save a few bucks. Check out the first release before investing in more.

HR departments tend to be aware of trends among their personnel, so when, say, an entire I.T. team catches a cold the morning after a highly publicized game release, you might have some ’splainin’ to do.

The fix: At the very least, don’t livestream your “sick” moves that day.

Daniel Jakes is an arts and culture writer based in Chicago, Illinois. He’s a podcast aficionado and makes a mean raspberry charlotte. He’s written for the Chicago Reader, TodayTix Insider, and the Onion A.V. Club.