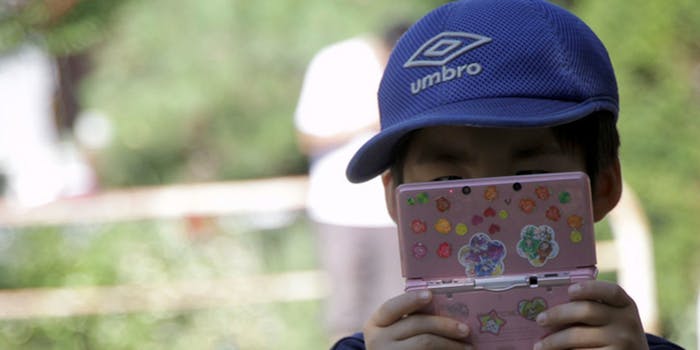 Sky 3DS may have found a loophole.

From the video below, it seems that the folks over at Sky 3DS have cracked the code on emulating 3DS software, even while on the most up-to-date system firmware.

It’s quite an achievement, considering how much of a problem piracy was on the Nintendo DS, and how Nintendo has really halted it on the 3DS.

Flashcarts like R4 and Cyclo were quite an annoyance for Nintendo. These cartridges could be fitted with a micro SD card allowing users to download ROMs of Nintendo DS games and play them illegally. Nintendo did everything it could to ban its sale in the U.K. and Japan. It was less successful in the U.S., but Nintendo did get eBay and Amazon to halt all sales. Regardless of what legal measures the company took, it was still incredibly easy to import a flashcart from China. For about $20 and the cost of a micro SD card, users had access to the entire DS catalogue.

For the 3DS, Nintendo took extra security measures to prevent the use of flashcarts. For the most part it worked. There were Nintendo 3DS flashcarts that could run specialized apps and play Nintendo DS games, as well as NES, SNES, and Gameboy games. Some could also run 3DS games, if, and only if, your 3DS was set to a specific firmware. It really seemed that Nintendo had beaten the pirates, once and for all.

Sky 3DS does not want to go down without a fight. It claims to use a brand new technology that allows emulation, regardless of firmware. Engineers at Nintendo are probably freaking out right now and working on a patch.

The Sky 3DS is currently on sale for a whopping $120 dollars. However, if you’re an avid 3DS gamer, and don’t have any moral qualms with stealing, it could be worth the tradeoff.