The scandalous Spider-Woman artwork has been rendered in 3D

These images certainly shed new light on the issue.

A lot of time and energy has already been spent on debating the artistic merit of the infamous Spider-Woman butt picture, but now it’s time for science to weigh in. Following a brave attempt from some real human women who tried to replicate Spider-Woman’s pose, redditor dinoignacio has actually made a 3D model of her body, which was posted to Imgur. 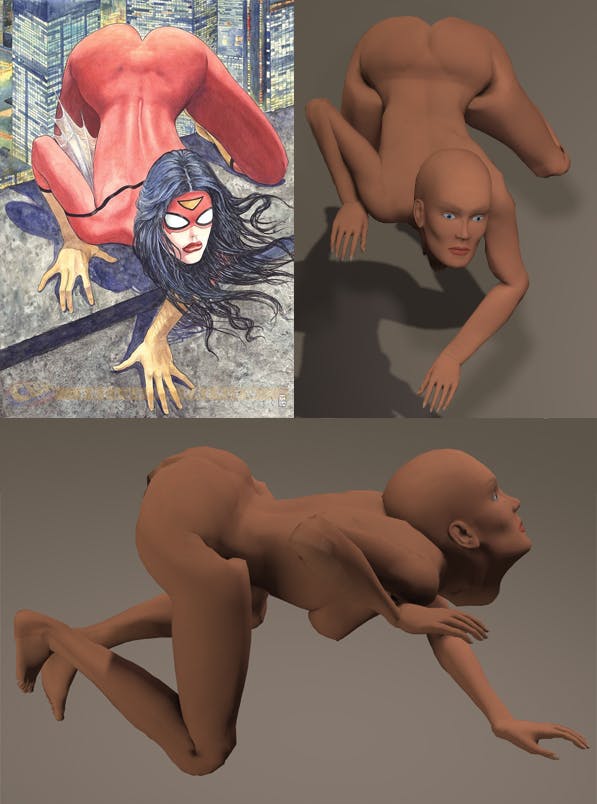 These images certainly shed new light on the issue. Instead of being an overly sexualized depiction of Spider-Woman, it’s now clear that this variant cover was intended for a horror comic. This isn’t a case of unrealistic beauty standards—it’s a picture of something that crawled straight out of Silent Hill.

Having seen this, Manara’s unapologetic response to the many fan complaints makes a little more sense.

“I have to acknowledge,” he explained, “that what I think is a beautiful picture, nice, attractive, seductive—for others it is disturbing.”

Well, he was definitely right about that last part.