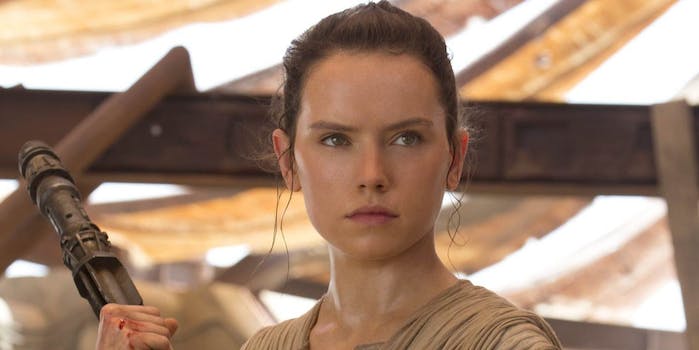 This year’s Oscar nominations were as controversial as ever, from the all-white slate of acting nominees to the unexpected absence of Aaron Sorkin, Todd Haynes, and Ryan Coogler. But amid all the debates and Twitter hashtags about snubs and undeserved nominations, we can be sure of one thing: 2015 was an incredible year for science fiction.

Sci-fi films often win in the technical categories, but it’s rare to see them nominated for acting or writing, or for Best Picture. This year is the first time the genre has made a major showing alongside more traditional Oscar fare like Spotlight and Carol.

With 10 nominations in total, Mad Max: Fury Road was the second most-nominated movie after The Revenant. The Martian was next with seven nominations, while Star Wars: The Force Awakens got five and Ex Machina unexpectedly received two. More importantly, several of those nominations were not in technical categories: Fury Road and The Martian were both nominated for Best Picture, while Ex Machina got a nod for Best Original Screenplay.

While Star Wars is a predictable (albeit deserving) choice for its accomplished visual effects and original soundtrack, the other sci-fi nominations are innovative for a variety of reasons. The Martian benefited from the involvement of Matt Damon and Ridley Scott (two names with a lot of sway for Academy voters), but as a comedy-thriller about space DIY, it’s still an unusual choice for Best Picture. Meanwhile Ex Machina is a low-budget indie that focuses on complex discussions of gender and artificial intelligence, the kind of combination that can often be a hard sell for mainstream audiences.

The most exciting is surely Mad Max: Fury Road, whose 10-nomination spread is nothing short of stunning. Like Ex Machina and The Force Awakens it had strong feminist themes, a rare action/adventure film that put women in the foreground while criticizing toxic masculine culture. It was also a near-unique example of a franchise sequel with serious critical support, praised in particular for its visual storytelling. Fury Road was a pie-in-the-sky Oscar contender when it came out in May, but it went on to be one of the most-discussed films of the year.

Film buffs praised editor Margaret Sixel for her dynamic work on its action sequences. Critics raved about director George Miller‘s mastery of stunt-focused action and emotional depth. Fans obsessed over the film’s complex worldbuilding. After decades of genre snubs, Fury Road was the masterpiece that forced the Academy to recognize the artistic worth of sci-fi and action filmmaking.

2015 may mark the point where the Oscars broaden their horizons beyond biopics, historical dramas, and character studies. It’s just too bad that this new lease on life did not extend to recognizing a more diverse slate of nominees.