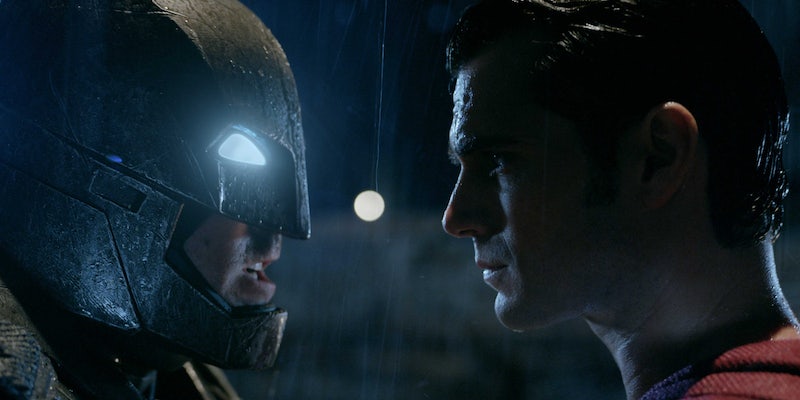 This has to stop.

2016 does not bode well for the future of superhero movies—or blockbuster cinema in general. Aside from Deadpool, this was a year of disappointing comic book sequels and unnecessary spinoffs, and it’s sad to say that 2017 looks no better.

On the superhero side of 2016’s releases, Batman v Superman was a cultural vortex where hopes and dreams go to die. The most engaging parts of X-Men: Apocalypse were edited out in favor of sequences like Michael Fassbender playing live-action Minecraft in a concentration camp. Suicide Squad’s muddled creative vision appears to have been spearheaded by a horny 14-year-old emo kid from 2003. Captain America: Civil War, a film that should have concluded the most narratively complex arc in the MCU, instead ended up collapsing beneath the combined weight of franchise tie-ins and Robert Downey Jr.’s thirst for more screentime. And of course, the year culminated in the clunky and derivative Doctor Strange, whose lasting legacy may be its racist casting choices.

Outside the superhero genre, Hollywood doubled down on its phobia of investing money in original movies. Virtually all of this year’s big blockbusters were geeky reboots or adaptations, and most of them were thoroughly disappointing: the lackluster Warcraft, the unnecessary Legend of Tarzan, and Independence Day: Resurgence. Fantastic Beasts and Where to Find Them was criticized for its unexpectedly thin worldbuilding and shallow vision of American politics. Jason Bourne inexplicably rehashed ideas that were already concluded in the original Bourne trilogy, and Alice Through the Looking Glass was panned and quickly forgotten. Passengers was the lone example of a wholly original studio blockbuster, and it unfortunately turned out to be a total nightmare.

Despite sci-fi/action being Hollywood’s genre du jour, 2016’s highlights were few and far between. The brilliant Arrival was both sensitive and politically relevant. Star Trek Beyond managed to blend the optimism of 1960s Trek with the schlocky fun of the Fast and Furious movies. The Jungle Book was well-received, and Rogue One proved to be an interesting addition to the Star Wars universe, albeit with a more mixed reception than The Force Awakens.

The bad news is, this ratio of subpar blockbusters is likely to get worse over the next few years. As long as films like Doctor Strange and Batman v Superman succeed at the box office, studios will continue to produce mediocre franchise spinoffs because they’re seen as reliably profitable. That’s why 2017 and 2018 are already stuffed with sequels and reboots by inexperienced directors, to the point where some will flop because there simply aren’t enough viewers to go around. For instance, there’s no way people will turn out for all four of the tentpole movies slated for release in the first three weeks of May: Pirates of the Caribbean: Dead Men Tell No Tales, Guardians of the Galaxy Vol. 2, Alien: Covenant, and Guy Ritchie’s King Arthur movie.

Hopefully, this glut of expensive spinoffs will have the unintentionally positive effect of thinning the herd. Audiences will get sick of the bad ones, resulting in some well-deserved flops. But for the next year or so, the forgettable blockbusters of 2016 are probably an omen of things to come.