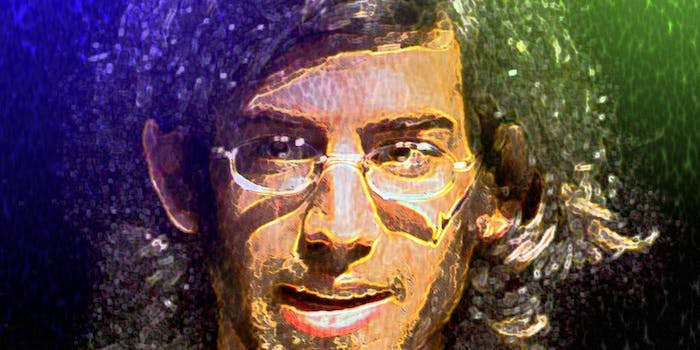 Congresswoman Zoe Lofgren (D-Calif.) wants to make sure that what happened to Aaron Swartz, the 26-year-old former computer prodigy and digital rights activist who killed himself Jan. 11, doesn’t happen again.

So she’s taken to Reddit—the social news platform Swartz helped create—to propose new legislation that would cut out the section of the Computer Fraud and Abuse Act (CFAA) most prone to abuse by overzealous prosecutors.

The controversy surrounding the death of Swartz has largely focused on the 1984 cybercrime law used to justify the whopping charges against him, which all told amounted to 35 years in jail and a $1 million fine.

The CFAA’s vague language makes violating an organization’s terms of service (TOS) a crime. In Swartz’s case, he violated the TOS of JSTOR, a nonprofit digital repository of scholarly journals. JSTOR explicitly forbids using programs to download large quantities of material at once; Swartz wrote a simple script and download 4.6 million articles over three months. He later turned over the hard drives that contained those files to JSTOR, settling the case independently.

But the Massachusetts District Attorney’s office decided to prosecute him anyway.

Under Lofgren’s proposed amendment to the CFAA, violating TOS could no longer land you in prison.

“We should prevent what happened to Aaron from happening to other Internet users,” Lofgren wrote on Reddit.

The government was able to bring such disproportionate charges against Aaron because of the broad scope of the Computer Fraud and Abuse Act [CFAA] and the wire fraud statute.

It’s important to note, however, that Lofgren’s proposal would have only prevented some of the charges against Swartz.

As Jennifer Granick, director of Stanford University’s Center for Internet and Society, has pointed out, Swartz did more than just violate JSTOR’s TOS. When MIT tried to ban his computer, he spoofed, or changed, its MAC address, the computer’s unique identification on the network.

“The government would use these facts to say that Aaron was unauthorized and he knew it,” Granick wrote.

In a statement issued shortly after his death, Swartz’s family condemned the district attorney Carmen Ortiz’s decision to ignore JSTOR’s wishes and prosecute.

“Aaron’s death is not simply a personal tragedy,” the family wrote. “It is the product of a criminal justice system rife with intimidation and prosecutorial overreach. Decisions made by officials in the Massachusetts U.S. Attorney’s office and at MIT contributed to his death.”

Added Lofgren on Reddit, “His family’s statement about this speaks volumes about the inappropriate efforts undertaken by the U.S. government. There’s no way to reverse the tragedy of Aaron’s death, but we can work to prevent a repeat of the abuses of power he experienced.”