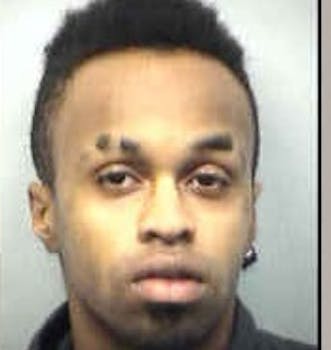 Walmart cashier charged with theft after flashing cash on Facebook

"I love my job," wrote the man charged with stealing more than $3,000 from Walmart registers.

Loving what you do for a living is an admirable trait. It’s something most of us aspire to. There’s absolutely nothing wrong with letting everyone know how much you like your job.

Except maybe if you’re flashing cash you allegedly stole from that very same job.

A bright spark in Alpharetta, Ga., thought it’d be a good idea to wave around a wad of cash money in a Facebook photo. He said “I love my job,” according to Patch. That’s gauche, but harmless, in most cases.

However, in this particular case, police were called to a Walmart store by a loss prevention officer. An employee apparently took $3,180 from a cash register over several days.

Only two cashiers used that register on the days on days money was missing— a loss of between $160 and $780 on each of the days. The loss prevention officer showed police security footage of a man dipping into cash registers and dropping it into his pocket.

A Walmart employee who is Facebook friends with the suspect, 21-year-old Beshaw U. Ogbonna, came forward with photos of him flashing cash. Ogbonna was arrested and now faces felony theft charges.

Ogbonna’s arrest follows the case of a Milwaukee dad who is accused of dodging child support after flashing his own wad of cash on Facebook.

Maybe bragging on Facebook about your fat wallet isn’t the brightest move after all.