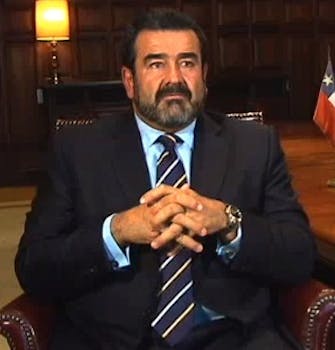 Rodrigo Ferrari Prieto is accused of being behind three now inactive accounts that mocked Andrónico Luksic and his family.

A man in Chile is facing 18 months in jail after a businessman accused him of identity theft over Twitter parody accounts.

Rodrigo Ferrari Prieto is accused of being behind three now inactive accounts that mocked Chilean business mogul Andrónico Luksic and his family, according to Global Voices.

Luksic’s lawyer said tweets were posted under Luksic’s name, along with personal photos and “inappropriate comments” that damaged his client’s reputation.

Ferrari Prieto claimed he was behind only one of the three accounts, which used an avatar of money falling and a description that read “we have tons of money.” He said account was a joke and should not be considered a crime.

Twitter has clear guidelines for parody, commentary, and fan accounts, which state the accounts must clearly identify themselves as a parody and refrain from deceptive communication with others.

According to La Tercera, he allegedly created the accounts between March and December of 2010.

The report notes that it took the prosecution two years to gather evidence. The prosecution made a request to the U.S. State Department, asking it to obtain personal information on the creator(s) of those accounts from Twitter.

After Ferrari Prieto was formally charged, Luksic, whose family’s worth $17.8 billion as of last March, according to Forbes, became a trending topic in Chile once the news broke.

Last week, a Chilean court order led to the blocking of a YouTube video that contained an extract of a 1993 book (which was never published in Chile) that apparently details scandals involving the then-Argentinean ambassador, along with Chilean figures including Luksic. It marked the first time that Chilean courts blocked YouTube content.

An Arizona lawmaker, meanwhile, hopes to outlaw online impersonation where the individual in question has malicious intent.