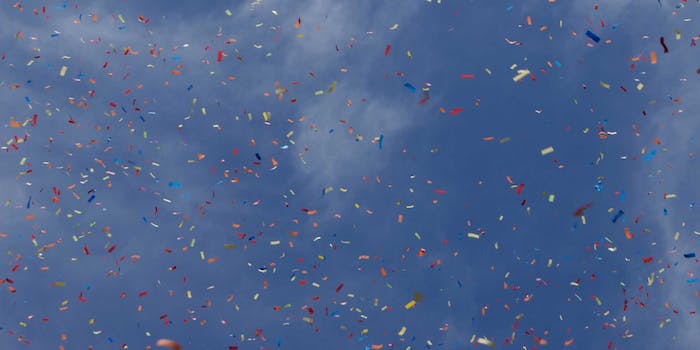 The tags #lesgaysdoiventdisparaitrecar (“Gay people must die/disappear because”) and #TeamHomophobes trended on Twitter over the weekend.

Over the weekend, the tag #lesgaysdoiventdisparaitrecar (“Gay people must die/disappear because”) hit the top of Twitter’s trending topics in France. That was shortly followed by #TeamHomophobes and “burn gays on the…”, which asked users to finish the sentence with their own ideas—like a violently homophobic version of Mad Libs.

The French arm of IDAHO (the International Day Against Homophobia and Transphobia) said Twitter allowed “the diffusion of a call for hatred against gay people” and plans to file a legal complaint.

“We support free expression, and we understand that there are some people who simply don’t like gay people, but this is a call for the extermination of the gay community,” IDAHO’s Alexandre Marcel told The Local. “Twitter hasn’t deleted a single homophobic tweet, nor removed a single homophobic hashtag from its list of most popular trending terms.”

France’s Minister of Women’s Rights Najat Vallaud-Belkacem also condemned anti-gay speech in a tweet Saturday. After the tag #SiMonFilsEstGay (“If my son is gay…”) trended in December, Vallaud-Belkacem met with Twitter to discuss hate speech in the community. That tag picked up momentum again Monday.

It’s not the first time Twitter, which projects itself as a platform for free expression, has faced hate speech issues in France. After a protracted legal battle, a French court forced the company to last month identify users who posted anti-Semitic tweets in October.