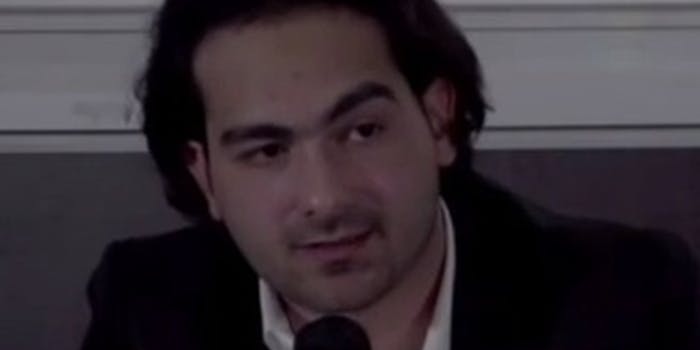 The hashtag was being used for anti-Semitic jokes that apparently violated French hate speech laws.

Twitter has moved to pull a string of anti-Semitic jokes made by users in France following complaints by anti-racism groups.

The jokers were posting their quips using the #unbonjuif (#agoodjew) hashtag, and a student group threatened Twitter with legal action over allowing those tweets to be published.

Twitter management met with French Jewish Students Union president Jonathan Hayoun and legal representatives for the group, which had been set to request a court injunction for the removal of the tweets.

According to AFP, Twitter agreed to uphold French law and remove any such tweets to which it is alerted. The French Jewish Students Union also requested Twitter release the names of those who had made the offensive comments. It’s not clear whether Twitter, which has a history of fighting to protect its users’ identities, will act on that request.

Shortly after Twitter’s decision to remove the tweets was announced, a group of users began protesting the move on free speech grounds, using the original anti-Semitic hashtag, according to Haaretz.

This news follows on from Twitter’s decision to block a neo-Nazi account in Germany while allowing the rest of the world to continue viewing it. That move marks the first time Twitter has employed the country-specific withholding measures it announced in January.

It is not yet clear whether Twitter plans to block the #unbonjuif tweets solely in France or to remove them outright.

Photo of Jonathan Hayoun via MsArthur75/YouTube