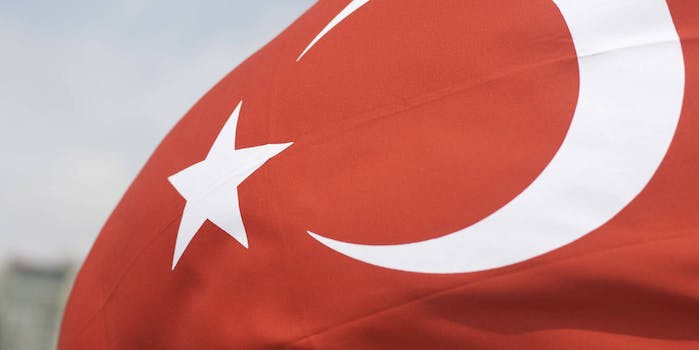 Here’s how Turks can get around the Tor ban

It's as easy as an email.

The Turkish government is in the midst of a growing Internet censorship campaign that has blocked the likes of Twitter and YouTube in much of the country.

To circumvent the censorship, tens of thousands of Turks have turned to Tor, the leading online anonymity network, to use the Web without any blocks or bans.

So earlier today, the Turkish government took the next obvious step: It blocked access to the Tor Project‘s website.

But Tor isn’t so easily defeated. If you’re a Turkish citizen, here’s how to download and access to the Tor network so you can use a free Internet.

In Turkey, all you need is a Tor mirror.

The first and easiest place to get it is via email. Simple send an email with the message “windows” to [email protected]

Additionally, you can find mirrors all over the Internet to give you a copy of the Tor software allowing you to access the network to get on Twitter, YouTube and wherever else you want to go. The Tor Project maintains a list of mirrors on the official website that is now blocked in Turkey. We’ve transcribed the list below ordered by each link’s destination.

One big way for outsiders to help the Turks is to run their own Tor mirrors. Any government will have a tougher time of blocking the service when it’s a moving and growing target. You can find instructions to do so here. Outsiders can also create something called a Tor bridge, which strengthens the network as a whole. We outlined how to do that here.