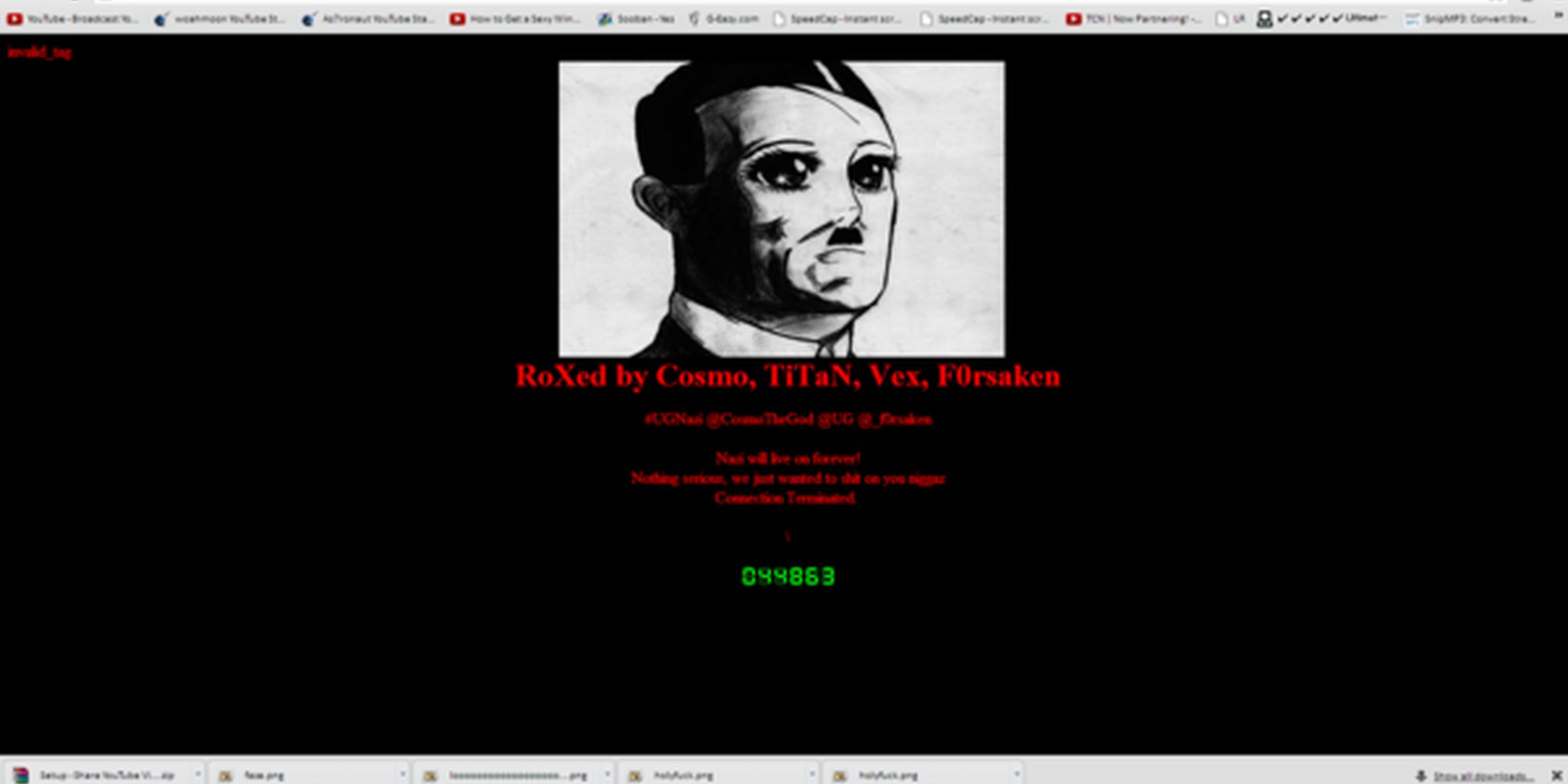 Cosmo the God and his UGNazi crew hacked everything from the CIA to Google to 4chan. A rumor spread via Twitter on Monday that he had been sentenced to 1 year in juvenile detention.

UPDATE: Cosmo the God has not, in fact, been sentenced to juvenile detention. @vizfosho, the source who originally reported on Cosmo’s sentencing, admits that the sentencing hasn’t actually happened yet—and spreading the misinformation was “@cosmothegod[‘s] lulzy idea.”  For his part, Cosmo (or someone using the Twitter handle @cosmothegod) denies starting the rumor.

One of the most feared hackers on the Internet has been taken out of the cyberwar arena for a solid year. Cosmo the God, major player in the powerful UGNazi group who hacked everything from the CIA to Xbox, has been sentenced to a year in Juvenile Detention.

Cosmo and his crew were unstoppable over the winter and spring of 2011/2012. They hacked Nasdaq, 4chan, and Google, and in one single exploit they posted the data of a half-million active credit card users. They didn’t hesitate to go toe-to-toe with the the Ultimate Fighting Club and its cranky president, whom they gleefully targeted with unwanted pizza deliveries.

Wired, who interviewed Cosmo after staffer Mat Honan was hacked, said, “His arsenal of tricks held clever-yet-idiot-proof ways of getting into accounts on Amazon, Apple, AOL, PayPal, Best Buy, Buy.com, Live.com (think: Hotmail, Outlook, Xbox), and more. He can hijack phone numbers from AT&T, Sprint, T-Mobile and your local telco.”

In one of his last tweets, he posted, “Blend in. Get trusted. Trust no one. Own everyone. Disclose nothing. Destroy everything. Never sell out, Never surrender. #UGNazi”

His fingerprints, in retrospect, were everywhere. Yet at the same time, a Twitter search for “Cosmo the God” returns no results. Earlier today, the Daily Dot reported on a Twitter user whose account was hacked and offered for sale: UGNazi hacked and defaced the forum on which the name was being auctioned, for reasons of their own.

Cosmo’s is a very small world, one that just got a great deal smaller.