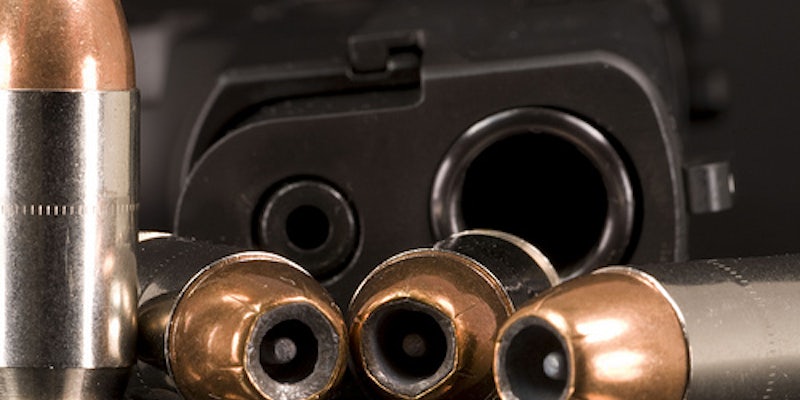 Chilling messages left on a West Virginia killer's Facebook page draw former aquaintences and total strangers. Many of them are simply left asking, "Why?"

A West Virginia man who shot and killed five people before turning the gun on himself Monday left chilling and cryptic messages on his Facebook page in the days leading up to the attack.

“Revenge is a dish best served cold and God is the chef,” Shayne Franklin Riggleman, 22, posted Friday. Other posts included “Even a mule tries to kicks its opressor, come on human beings stand up!” and “We’re not promised tomorrow …”

Police say Riggleman shot five people near Morgantown, W.V. before fleeing in his Jeep to nearby Pennsylvania. Riggleman hit a car being driven by an elderly woman then ran her over when she got out of the car. The woman’s condition was unknown as of Wednesday.

From there, Riggleman drove back into West Virginia and shot a gas station attendant in the neck. That man is expected to recover. Riggleman then led police into Kentucky, where he fatally shot himself.

On Monday, just hours before his rampage, Riggleman posted “why wouldn’t they let me join the military? I’m fully capable, and there was no career for me!” Riggleman also left a letter, which his mother found and was published in the Dominion Post.

As of Thursday morning, Riggleman’s profile had been removed from Facebook.

Some of Riggleman’s friends turned to Facebook this week trying to confirm if it was the same Shane Riggleman they knew. Bobbi Jo Malcom posted “Shane riggleman? Has anyone else heard about the shootings and the killing himself. Its fucked up,” which brought speculation and reflection from other friends.

Others, however, were outraged that friends had been able to continue to post tributes to the dead gunman before Facebook removed his page.

“Shayne Riggleman, why couldn’t you have shot yourself Sunday night?” Chris Rombold asked on Facebook.

Riggleman, who previously served more than a year in jail for armed robbery, knew four of his five victims. They were identified as Robert Raber Jr., husband and wife Charles Richardson III, 49, and Karen Richardson, 50, and their children Kevin Hudson, 17, and Katrina Hudson, 22, who was six months’ pregnant.

“So Shane Riggleman has a sympathy page but I have yet to see a prayer chain go out for Donnie Nichols or the elderly woman Shane forcefully hit and then ran over, or for the families that so tragically lost loved ones! I am very disappointed but it’s time to take a stand! Shane got his 15 minutes of fame now let’s give the victims a voice! May God be with them all and give the ones that are still here the strength to cope with this tragedy! Repost please…prayers are needed,” Elaine Archer and several other West Virginia Facebook users posted as their status this week.