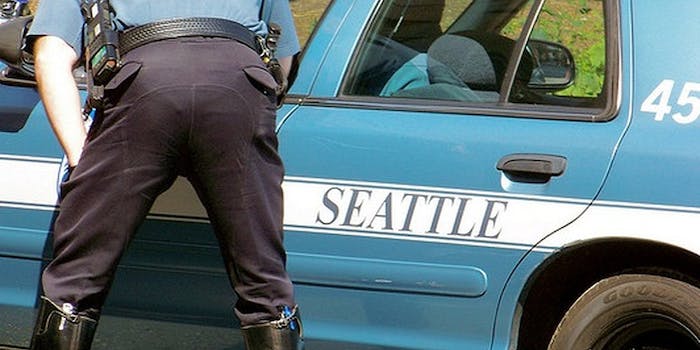 The "Tweets-by-beat" project lets residents know about nearby crimes in almost-real-time.

The Seattle Police Department is experimenting with a number of Twitter accounts which seek to inform locals of crime in their area.

The Tweets-by-beat project sees 51 geographically focused accounts keeping residents up-to-date on incidents of law-breaking nearby, reported the New York Times. The initiative ramped up under the directive of Mayor Mike McGinn, who wants to “provide better information to the public.”

A one-hour delay is in place so neighbors aren’t drawn to crime scenes. Sex crimes and cases of domestic violence also won’t be tweeted, because officers fear the publicity would discourage victims from reporting those crimes.

The system has already shown its drawbacks, as several officers attended a “accident investigation” last Wednesday, only to discover an unhurt cyclist who was angry he’d been cut off. The Twitter feeds, which are largely automated and unmonitored, have no effective way of distinguishing between that incident and a serious accident.

Twitter itself wasn’t too keen on SPD’s plan at first, it seems. The company mistook 18 of the accounts for spam and suspended them, pushing back the project’s launch by several weeks.

Meanwhile, two police officers in the U.K. were reprimanded for misusing Twitter. One officer in Devon and Cornwall has been ordered to stay away from the community after a university complaint related to tweets about student policing.

The other was demoted from acting inspector to sergeant and is the subject of an impending investigation. He sought support for officers from another area who wished to attend the funerals of two colleagues who were killed on duty, calling for officers from elsewhere to provide cover.