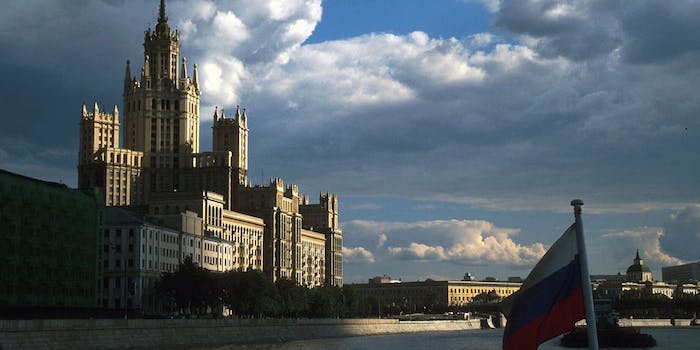 The number of Russians the Internet’s leading anonymity network has more than doubled in June.

The number of Russians using Tor, the Internet’s leading anonymity network, has more than doubled to 200,000 people in June.

No single event can be credited with the explosion of Russian users, but throughout 2014, the Kremlin has adopted Internet censorship legislation that makes an anti-censorship tool like Tor more attractive than ever before. Since August 2013, the number of Russians using Tor has gone up four times.

“People are waking up to the fact that the government is hamfistedly regulating the Internet, and are increasingly looking for tools to regain access to information,” Artyom Kozlyuk of the independent Internet freedom watchdog Rublacklist.net told the Moscow Times.

The developers at Tor are curious about the new users as well.

In May, Russian President Vladimir Putin signed a law requiring bloggers with more than 3,000 daily viewers to register with the government, thus tightening the already-increasing control the Russian government has over independent voices on the Internet. 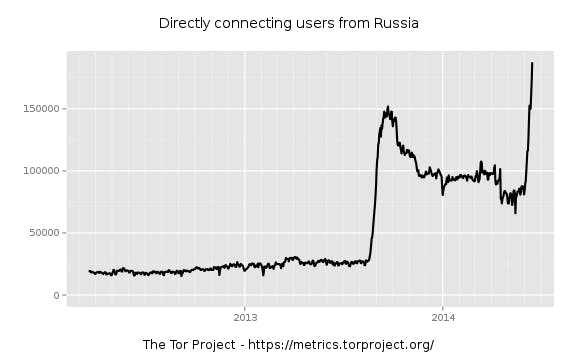 Half of all Russians polled considered Internet censorship acceptable, according to an April poll by the Levada Center.

However, a quarter of Russians were wary of it. Experts, including blogger Anton Nosik, believe that greater Internet censorship in Russia will not just be futile but will lead to vastly increased knowledge of anonymizing tools like Tor in the country.

As Internet censorship becomes a more commonly used tool by oppressive regimes, Tor is proving its worth many times over. Iraqis have adopted Tor at an explosive rate over the last several days, as violence has erupted across the country. Earlier this year, when the Turkish government sought to censor the Internet in an effort to quell unrest, resisting Turks took to Tor at a rate of over 10,000 new users per day.

Today, the United States makes up Tor’s greatest user base.

Photo via Josef Stuefer/Flickr (CC BY 2.0)