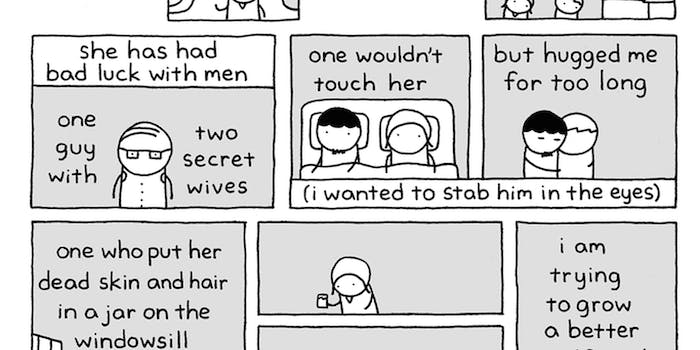 Artist John Campbell received funding for his second anthology, thanks in large part to his smart incentive rewards.

John Campbell’s pictures for sad children Tumblr has a devoted fan base and an anthology to its credit.

The Chicago native recently turned to Kickstarter to fund a second book, sad pictures for children—a project that received full funding in a matter of hours.

Campbell’s prepped sad pictures for children as a 200-page book featuring “the comics i like the most from all the comics i’ve made since the last book.” He’s also planning to include a shorter, full-color section of comics in the back and a collection of abstract art that he’s been working on over the years. 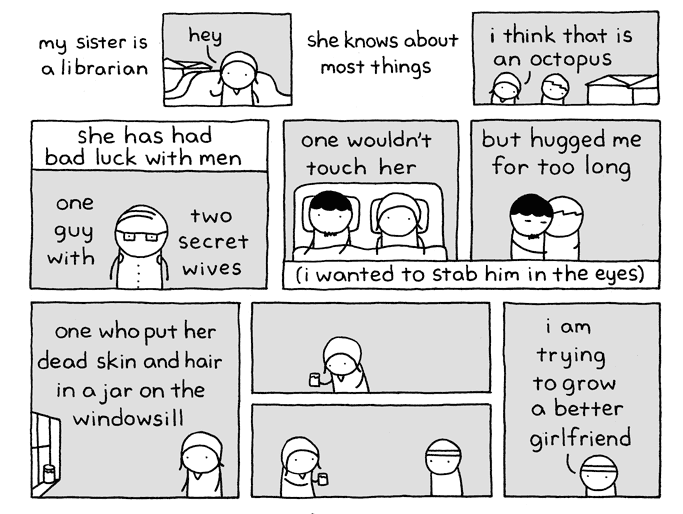 Only needing $8,000 to meet his goal, Campbell was able to raise $20,000 in the campaign’s first day. The big reason why: A $25 pledge earned backers a signed copy of Campbell’s book, something Campbell knows that a lot of people already want.

“if you’re reading this you probably have a copy of my first book,” Campbell wrote on the campaign’s homepage.

Campbell now sits at $27,000 raised with 10 days left to go. Where’s the extra cash going? In true Kickstarter fashion, Campbell’s planning to use the money to get further his creativity.

“There are a few things that I’d like to do that I didn’t think I’d have the money to look into, like die-cuts and special inks,” he said.

“I have some comics I’ve made in a little notebook where I’ve also cut out parts of the paper and want to try that out here—a little art object book that tries things that other people aren’t going to try.”

Photo via pictures for sad children