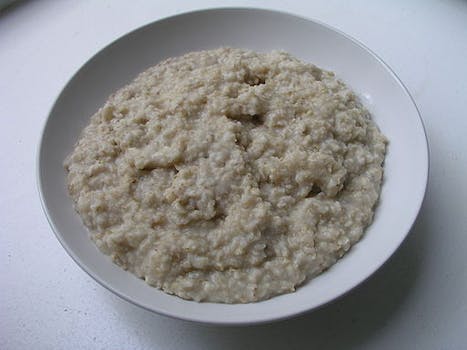 Oatmeal ends fundraiser with over $200,000, still plans to photograph the money

Oatmeal creator Matthew Inman didn't let a lawsuit stop him from raising more than 10 times his original goal for two charities. He did receive a nasty poem from the attorney who's suing him, though.

The Oatmeal’s remarkable fundraising operation is over, and it’s a doozy. Cartoonist Matthew Inman announced Tuesday that his supporters had given $220,024 to charity in just over two weeks.

That’s eleven times what Inman had aimed for when he started raising money in response to an overly litigious lawyer for the website FunnyJunk, Charles Carreon. Carreon had written a bizarre email to Inman in which he asked for $20,000, simply because a year before, the cartoonist had blogged that FunnyJunk reposted Oatmeal comics without attribution.

The money, which comes to around $211,223 after crowdfunding platform Indiegogo’s standard 4% take, will be split between the American Cancer Society and the National Wildlife Federation, Inman said.

“[B]ecause the amount raised was so much larger than expected I was going to divide the money into four charities instead of two, but unfortunately Carreon’s lawsuit claims that I’m holding an ‘illicit fundraiser,’ Inman wrote on his blog.

“To avoid further litigation with him, I decided to split the money between the original two charities. If Carreon wanted a minor victory, he got one here.”

Inman also stated that, barring any technicalities, he would follow through on his original promise to take a photo of the money and to send it to Carreon, along with a drawing of a Carreon’s mother trying to seduce a bear.

For his part, Carreon has penned a 54-line poem about the dispute and posted it to his blog. It’s apparently meant to be in the style of a diss track—he calls himself “the pterodactyl killa’” in reference to an Oatmeal cartoon.

In one stanza, Carreon asks “Did someone drop you on your head/When you were in your baby-bed?”

“I’ve been trying very hard not to post about all the insane drama surrounding Carreon,” he wrote.