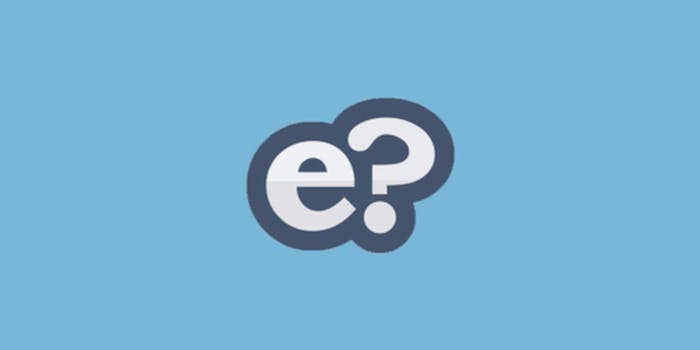 A popular Tumblr extension has disappeared, find out why

Missing e, a popular Tumblr extension that adds extra features to a user’s dashboard, is no longer available to download due to violating the blogging platform’s rules.

The extension’s developer, Jeremy Cutler, writes on Missing e’s site that it will not be available until it complies with Tumblr’s API Licence Agreement. Tumblr said some of Missing e’s features, including the option of hiding ‘Tumblr Radar,’ will have to be disabled.

In a blog entry posted Wednesday, Cutler agreed with Tumblr’s complaints and said he is willing to adjust to their suggestions, like eliminating the ability to hide the ‘Tumblr Radar.’

Cutler, who lives in Toronto, said he is in continuing discussions with Tumblr to re-activate the extension. Missing e earns its name because it adds features that are missing, just like the missing e in Tumblr’s name.

“I hope for a productive discussion and negotiation with Tumblr that will result not in pleasing myself or Tumblr’s staff, but in making your experience on this site a smooth and rewarding one,” Cutler wrote.

However, on Cutler’s personal Tumblr, he expressed frustration with Tumblr and wrote it was hard “not to take personally.” He wrote is he going to try to be a “better Tumblr API citizen” but if Tumblr’s problems reach beyond that he has his “doubts about whether it is something I will continue to pursue.”

Cutler expressed sadness when he had to disable the feature, especially after all the hard work and lack of financial gain.

“I will say that it was eerily simple to disable installation of Missing e. Click, click, short shell command. That was it,” he wrote. His note earned him 169 notes, with a many of them lambasting Tumblr’s actions. One user said they “should look into hiring you because you make the product usable.”

“I just hope they realize the tremendous value Missing e brings to Tumblr and work with cutlerish, rather than against him,” De Rosa wrote.

Short Form Blog, a news Tumblr, criticizes the blogging platform for its relationships, or lack there of, with developers.

“This is a company that doesn’t really play its hand until it’s time to throw down. It’d be nice to know what was going on in cases like these, instead of being kept in the dark,” Smith wrote.