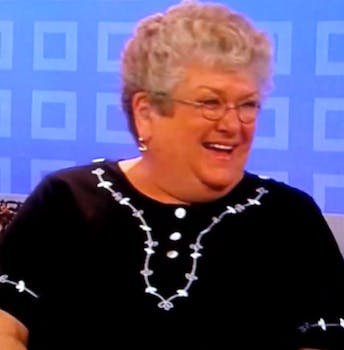 The Internet's effort to give bus monitor Karen Klein "the vacation of a lifetime" ended up raising enough for a lifetime of vacation.

Redditor Max Sidarov’s Indiegogo fundraiser to send embattled Greece, NY, bus monitor Karen Klein on a $5,000 “vacation of a lifetime” came to a close this weekend. The campaign ended up awarding Klein a lifetime-of-vacation-sized $700,000.

The bullying Klein endured, a gruesome episode in teenaged cruelty caught on camera and posted onto YouTube June 19, has been viewed more than 8 million times. A rush of widespread sympathy brought 32,271 backers to the popular crowdfunding site to help send Klein on vacation—an act of relaxation that she has apparently not been lacking of late.

In the past month and four days, the 68-year-old Klein has already gone on trips to Boston, New York City, Disneyland, New Orleans, and a handful of other less public locales of her choice thanks to such charitable outlets as the Hilton Sandestin Beach Resort and country music star Tim McGraw.

She has appeared on television, showing up on the sets of The Today Show, Fox & Friends, Good Morning America, Anderson Cooper 360, and more, and has become an unofficial spokeswoman for the thwarting of bullying.

On Sunday, Klein told local news sources that she plans to invest some of her newfound fortune in the stock market, donate another percentage to charity, and use the rest to retire from her bus monitor job, which pays her $15,000 annually.

According to the National Post, Klein has also made plans to travel around the continental United States with her eight grandchildren and already has the month of August filled up on her calendar.

“I’ve been to Hawaii,” she said, while pondering where else she’d like to go. “I loved Hawaii.”