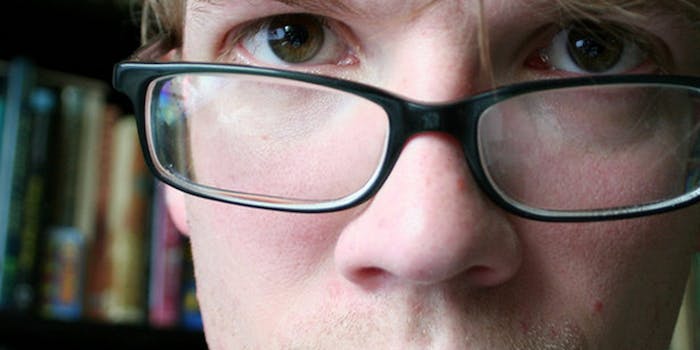 The noted YouTube personality disclosed some background information on his involvement with the project and his first public take on the whole initiative in general.

One of YouTube’s most prominent stars has broken his silence about the site’s $300 million investment in original channels and programming.

Noted YouTube personality Hank Green came forth with a Tumblr post this morning that detailed a few “Lessons Learned from YouTube’s $300M Hole,” a brief writeup about the business of online video that disclosed some background information on his involvement with the project and his first public take on the whole initiative in general.

“It was a great thing for us, but it might have been a bit of a dopey idea,” he wrote.

“There were a lot of recipients of this money, and many of them were major media companies trying their hand at online video that received some fat checks, up to $5 million a piece, to launch TV-like channels.”

Google, the video-sharing site’s governing body, invested $200 million into the production of 100 original content channels last January. In November, the company returned to the funding table with another $100 million, choosing that round to focus on the success and cut 70 percent of its original investments.

Green wouldn’t go into detail about the specifics surrounding the success of his two funded channels, SciShow and CrashCourse, opting to say instead that they’re “not doing terrible” and “at this rate, we’ll earn out our advance in about three years.” But he was emphatic about suspecting that “the vast majority of these channels will never earn out their advances.”

“Of the 114 channels that YouTube funded as part of this initiative, my educated guess is that exactly one earned back its advance… SourceFed, the four-times-daily news show from Phil DeFranco’s studio. Hardly traditional media… SourceFed is gritty, low-budget, written by its hosts, and edited by a tiny team.”

2) Spending more money to produce the same number of minutes of content does not increase viewership.

3) When advertising agencies tell you they want something, it’s not our job to attempt to deliver those things.

“In a world where the user really does get to choose, the content created to satisfy the needs and wants of viewers (not advertisers) will always reign supreme (thankfully).”

Green and his brother John are two of the most prominent content creators on YouTube, originators of the über-popular Vlogbrothers channel, which lays claim to more than 1 million subscribers, and the creators of VidCon, the country’s largest online video conference.

In December, the Green brothers’ annual Project for Awesome fundraiser raised $483,000 for 10 different international charities. In February, John Green was one of five people selected to be a part of President Obama’s Google+ Hangout.