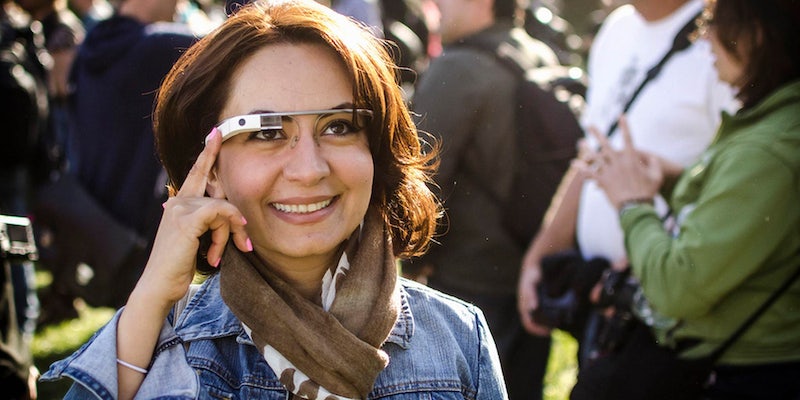 Glass marketing head said Google wanted to get it right with a long rollout.

The marketing head of Google Glass has heard all your snarky remarks about “Glassholes,” but he doesn’t seem to care all that much.

In a new interview with Forbes, Google’s Ed Sanders struck a resolute tone in addressing Glass’s public perception problems, framing them as the natural outcrop of technological upheaval and an unorthodox rollout strategy.

“I see it as quite a necessary symptom of a company that’s trying to be disruptive,” Sanders said. “Nothing great has been achieved where it’s incremental.”

Of course, the notion that Glass is a “great” achievement is debatable to critics who’ve mocked the wearable computer for its “silly” design, creepy omniscient camera, and the technological elitism its come to embody.

Even one-time Glass disciples like Robert Scoble, a tech writer who last year vowed never to remove his skull-mounted computer, had a change of heart recently. While attending Coachella without his Glass, he overheard the conversation of some nearby concert goers who wanted desperately to get away from some other nearby attendees wearing Glass.

“Google does have a problem here,” Scoble wrote on Facebook, adding that Google has launched their device “poorly.”

Sanders concedes that much of the backlash does seem to result from the product’s unusual rollout. Rather than gambling big like Apple did when it launched the initially mocked iPad with a full retail release, Google has chosen to indulge in a long, high-profile beta test for the past year. Though the company did recently release Glass to the general public for a single day, testers have, for the most part, been hand-picked by the company after plunking down $1,500.

The upside appears to be a lot of buzz and hype for the new product. But the downside has been a rising sense of alienation among the Glass-less masses. Unlike with iPads, whose popularity grew by word-of-mouth as people tried the device and liked it, the Glass community has been a walled garden. Most people have never tried it and can only look on skeptically from the outside.

This limited release underscores a growing public resentment and distrust of Google. Since revelations about National Security Agency spying last year, the company has been on the defensive against privacy advocates. And in the streets of San Francisco, in Google’s backyard, employee commuter busses have attracted protesters critical of the tech industry’s takeover of city housing.

Sanders defended Glass’s high price point and prolonged beta testing by saying it was part of the company’s attempt to get the product right before general release.

“The high price point isn’t just about the cost of the device,” he said. “We want people who are going to be passionate about it.”

He added, “It’s fair to say the best way to change perceptions about the device is to put it on, but we haven’t been able to do that due to the sheer number of devices. When you put it on, misperceptions really do disappear.”

But as the beta test and the backlash continue, it’s unclear how many will still want Glass once it finally hits shelves.