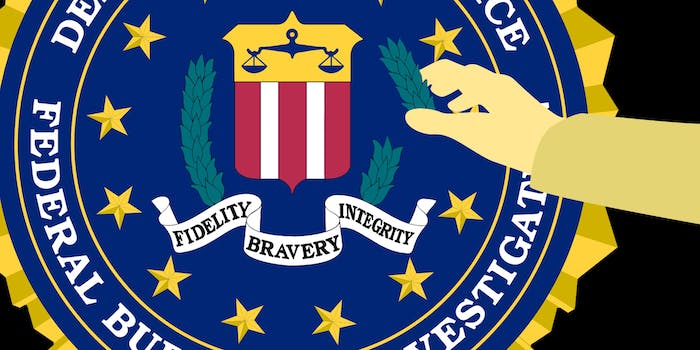 During a speech about corporate crime given this week before the White Collar Crime Institute, FBI Director James Comey said that the FBI is reconsidering its hiring policy with respect to marijuana.

This is part of an effort to attract the best hackers and computer programmers to help investigate and fight cyber crime. Congress has approved the FBI to hire 2,000 new personnel this year; hundreds of which, according to NPR, will be dedicated to fighting cyber crime. Only problem? Too many of them smoke pot, according to Comey.

“I have to hire a great work force to compete with those cyber criminals and some of those kids want to smoke weed on the way to the interview,” Comey said, according to the Wall Street Journal’s LawBlog.

Of course, even relatively lax employers would likely prefer to hire someone who’d smoke after the interview rather than on their way to it—but Comey’s point is well taken. The FBI’s current policy is comically stringent: Applicants for jobs are not permitted to have smoked marijuana within the past three years, according to FBI.gov.

The official transcript of Comey’s speech is available on the FBI’s website and does not include the quote reported by WSJ. In an email with the Daily Dot, an FBI spokesperson was “not able to confirm if the attributed remarks are accurate.”

One audience member reportedly asked Comey about a friend who had declined to apply for a job at the FBI because of the policy, reports the WSJ. “He should go ahead and apply” anyway, Comey said.

Thought I was good but

Preet made the cover of Time

You know, that sounds exactly like something someone would write… on weed.