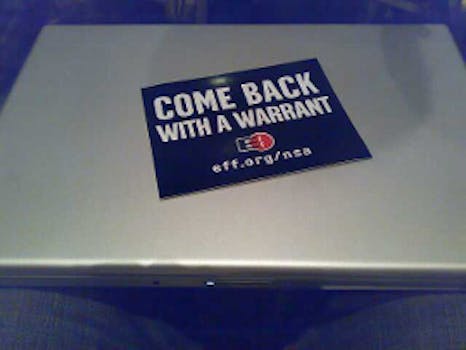 Think Google's "names policy" and its penchant for demanding your phone number are invasive? Oh boy.

If you think Google’s “names policy” and its penchant for demanding your phone number are invasive, then just wait till you hear what the FBI has planned for your Gmail accounts.

As part of government efforts to increase access to real-time communication of criminal evidence, Slate is reporting that the FBI is trying its best to essentially wiretap certain forms of Internet-based communication, like Gmail, so that it can more effectively intercept crimes as they’re being planned and committed, rather than waiting months and even longer for service providers to hand over archived copies of emails, texts, and IMs.

“[W]e are not focusing on access to stored data,” stated former FBI General Counsel Valerie Caproni in an address to the House Judiciary Committee in 2011. “Rather, we are focusing on the interception of electronic communications and related data in real or near-real time.” Her successor Andrew Weissmann echoed the sentiment last week at a talk in Washington sponsored by the American Bar Association, stating that “the ability to intercept communications with a court order [is becoming] increasingly obsolete.”

The problem, as the government sees it, is that the Internet’s communication technology has evolved faster than Internet law. One law known as the Communications Assistance for Law Enforcement Act allows for network surveillance, but it dates from 1994 and, as Slate notes, has no provisions for email, cloud-based servers, or real-time clients like Skype. And even wiretap laws only go so far. They don’t exactly force ISPs to install costly and time-consuming data capture and monitoring equipment on their servers.

It seems like total access to private correspondence and communication is what the government may be after. But whose communication, exactly? The examples the FBI uses in its 2011 request for more power are of shadowy networks of international criminals, operating “beyond the reach of law enforcement’s investigative tools.” It’s hard to imagine that whole networks of drug cartels and human traffickers are eluding the government’s grasp because the government can’t get to their Dropbox accounts or their IMs fast enough. But the FBI is arguing that this is exactly what’s happening—and that service providers often don’t have the technical ability to intercept email in real or near-real time, even with the government’s forceful assistance. As Caproni put it:

Without the ability to collect these communications in real or near-real time, investigators will remain several steps behind and left unable to act quickly to disrupt threats to public safety or gather key evidence that will allow us to dismantle criminal networks.

Weissman’s talk discussed the concept of “Going Dark,” which is what law enforcement terms the possibly endless delay between the time law enforcement requests access to Internet communications and the moment they actually get it—which can be never. “We don’t have the ability to go to court and say, ‘we need a court order that actually requires the recipient of that order to effectuate the intercept,'” Weissmann stated. “[W]e don’t have the ability to go to the court and say, ‘You know what? They just have to do it.'”

The “they” of this equation are Google, Yahoo, and other service providers that support email and cloud-based storage and communication networks. If Weissman has his way, ISPs will have to develop effective ways of spying on real-time communication at a moment’s notice whenever the feds come calling.

So what does that mean for your Gmail, instant messages, Google docs, Dropbox accounts, and that chat you had during your last online Scrabble game?

Nothing much, yet. Law enforcement agencies still have to go through the Electronic Communications Privacy Act, a long-standing 1986 act that has undergone many amendments, but was updated last year to ensure that the government needs a warrant to access any part of your email.

Of course, given Homeland Security’s long list of seemingly banal buzzwords that could nevertheless attract attention from certain surveillance quarters, it never hurts to be too careful.

And since currently the authorities don’t yet have the ability to snatch your message as it winds its way through cyberspace, now might be a good time for a refresher on how to download all your email and delete it off the servers before the authorities track you down.

You know. Just in case.