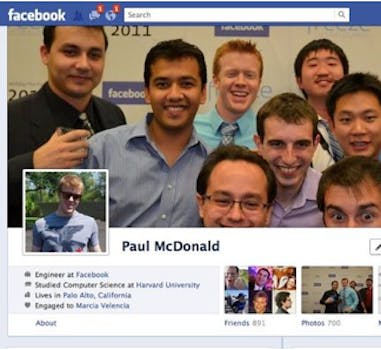 Facebook users still do have a week to clean up, hide posts, untag photos, and customize their new Timeline before sending it out in public.

Ready the complaints and “Bring Back the Old Facebook” petitions. Facebook’s Timeline interface is now rolling out to all users.

Timeline, which Facebook announced last year, has for months only been available to developers and to users who specifically opt in for testing. The trial period has officially ended. The Daily Dot checked Openbook, a search engine for public Facebook status updates, to see if users are noticing. It’s not pretty:

“I hate this stupid timeline anyone know how to change it back!” wrote Jen Clark McCarrick.

“I see that Facebook Timeline is about to become mandatory. I don’t have any right to complain about a free service, but I’m not sure I’ll be staying. I’ll let you know,” wrote Ernest W. Adams.

“I’m resisting changing to the new Timeline format. Some people have done some really nice things with it but for now, for me, this is clearer,” wrote Michael Gutierrez-May.

However, Facebook users still do have a week to clean up, hide posts, untag photos, and customize their new Timeline before sending it out in public. Facebook engineer Paul McDonald wrote as part of the announcement:

“When you upgrade to timeline, you’ll have seven days to review everything that appears on your timeline before anyone else can see it. You can also choose to publish your timeline at any time during the review period.”

Perhaps a week of adjustment is just what users need to warm up to the new interface. But whether they like it or not, it’s coming. Perhaps it’s best to take the path of least resistance.

“Facebook is going to force the new timeline on everyone within the next few weeks, so I guess I’ll switch over on my own,” wrote JaeKnows Best.