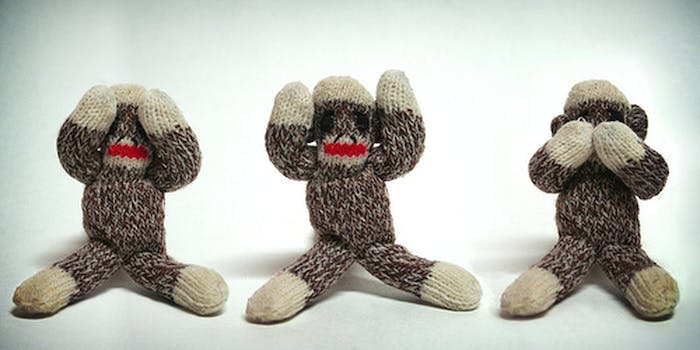 Time, security, and privacy are among the top reasons one quarter of American adults cite for shunning social networks in the age of Facebook.

Last summer Megan woke up in a hotel room she and her boyfriend had booked on what was to have been a romantic weekend away. She had bruises around her neck from where he had tried to strangle her, and she had patches on her scalp from where he had pulled out clumps of hair. She had a concussion from where he had repeatedly slammed her head against the wall before police arrived.

And, shortly thereafter, she had an attorney who was hired to help the now 22-year-old Massachusetts college student navigate the system for obtaining a protection from abuse order against her assailant. Her attorney’s first directive: get off Facebook.

“He said it would make it too easy for my ex- to track me. Even if I un-friended and blocked him, there was still a chance he could still see what I was doing through our mutual friends,” Megan said.

What may be most surprising about last month’s release of a Pew Research report that found that half of all Americans and 75 percent of all American adults are social network users is the high number of people who still shun social networks. While many of those people are very old or very young, some should-be power users like Megan are not on the more popular social networks, either by choice or by circumstance.

“It was tough at first. I definitely felt like I was out of the loop and missing out on stuff,” said Megan, who asked that her last name and other identifying details not be used in this article. “At first I would sneak on for a minute in the middle of the night to check it, but after awhile that seemed sad..”

Mike Rodriguez, 37, signed up for Facebook in 2007 but soon closed his account. He said he has felt, at times, like he was missing out on keeping up with friends and often felt like he was out of the loop, but decided the time spent catching up with people he would not have been in touch with otherwise could have been better spent.

“I put up what I thought was the coolest picture I had of myself and like most people, let spill only interesting or funny things about myself.  I also became a peeping tom of sorts trying to look into the lives of lots of different folks I had known but had no real interest in communicating with,” Rodriguez said. “Kind of sad, really.”

Earlier this year, Rodriguez re-joined the site, but only because a college friend died suddenly and information about the funeral and setting up a memorial fund was being discussed on Facebook.

“I have remained on it for that reason but the truth is I rarely use it and am more apt to phone or email people directly,” he said.

On Wednesday, Jacqui Barrineau posted a note on Facebook that “after several false starts” she was temporarily deactivating her account within the next few days. Even though she said the deactivation was “Not forever; just awhile” her friend begged her to reconsider.

“I just need a break. I hate how much time it eats up, and it’s time that I could spend…learning HTML5 or painting my basement,” she said. “Deactivating my account isn’t easy for me: In some circles, particularly at work and in my marketing program, I’m considered a social media veteran…But I cannot afford the time right now. Even 15 minutes is precious to me these days.”

One year into her Facebook hiatus, Megan, the student forced off of Facebook after she was attacked by her boyfriend, says she “never” misses Facebook anymore. But she has had a somewhat unlikely methadone in curbing her addiction: Twitter. Megan felt more secure in the privacy settings and policies offered by Twitter, and the fact that she doesn’t have to worry about people posting personal information about her.

“I feel as though I have better control of my privacy on Twitter…I look at Facebook as an over-the-top advertisement to everyone’s life. Everything is out there–where you were last night, where you were five minutes ago, pictures of you doing whatever it was you were doing,” she said. “The whole point of Facebook is to not be private…so having a very private profile is almost completely useless.”