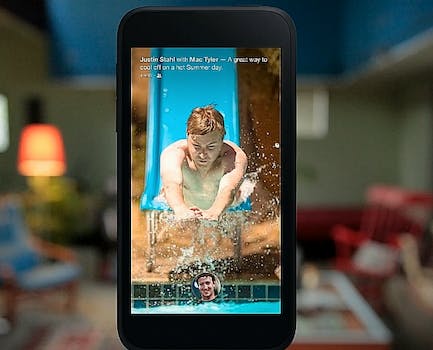 The Facebook phone is finally here—though it's really more of a piece of software than it is a mobile device.

The Facebook phone is finally here—though it’s really more of a piece of software than it is a mobile device.

When Mark Zuckerberg first introduced Facebook Home at a press event today, he stressed that it wasn’t an operating system meant to supplant Google’s Android. Instead, using the very helpful graphic below, he called it an integration: 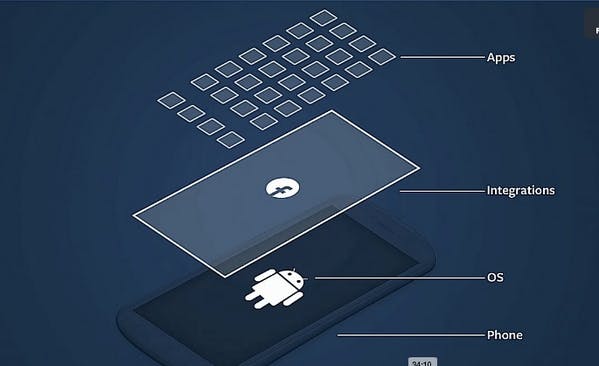 This so-called integration is meant to “turn your Android phone into a great social device,” according to the Facebook founder.

“Our phones today are designed around apps, not people. We want to flip that around.”

In other words, whereas Facebook has to compete with other apps in a regular phone, Home brings the social network to the forefront and makes everything else secondary. Zuckerberg hopes that Facebook Home will increase the amount of time Android users already spend on Facebook (which currently stands at roughly 25 percent by their own estimation). 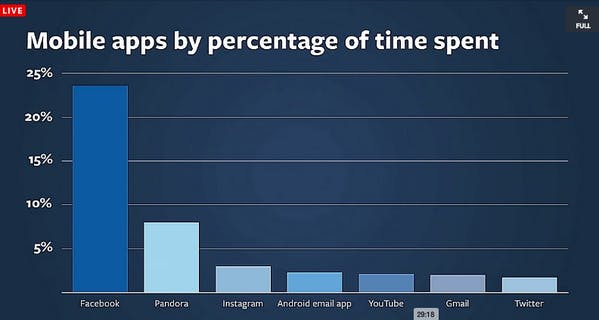 Facebook Home splices Facebook features into several elements of the Android OS, keeping the focus on the social network even while you’re using other apps. To understand what this means, look no further than “Chat Heads.”

Arguably the main feature of Facebook Home, “Chat Heads” is the social network’s take on mobile messaging. “Chat Heads” integrates Facebook Messenger as well as SMS text much in the same way that Apple’s Messages feature on the iPhone does with your Apple ID.

What separates “Chat Heads” from other messaging features on other phones is that it’s ever-present. Any time a friend messages you, an image of his or her head—hence the name—will appear on your phone’s screen. You can move the floating head anywhere on the screen by dragging your finger, or you can choose to respond by tapping on it.

Facebook boasts that their messaging feature is the first that allows you to message with your friends even if you’re inside another app. It also gives users the option to carry on multiple conversations at the same time, and it even lets you hold group chats.

“We wanted to focus on the experience, as it doesn’t matter what app you use or technology, just as long as your friends are there,” said Facebook product designer Joey Flynn said during the keynote speech.

So, what’s the verdict? Aside from the uninventive name, “Chat Heads” is kind of cool. It certainly makes it easier to communicate with your friends than Apple’s iMessage does, but not by much. Another big problem is that despite Facebook’s claims that they want to make mobile devices more social, “Chat Heads” only works with SMS and Facebook messages. If it really wanted to be revolutionary, it would integrate Google Talk and AOL Instant Messenger (yes, people still use AIM).

Chat Heads is also working on the assumption that people want to be more connected with their Facebook friends, which certainly isn’t the case for everybody.

The actual Facebook phone, the device we thought the announcement was going to focus onl, will be available on April 12, the same day that Facebook Home is available for download from the Google Play store. Dubbed “First,” the phone will be manufactured by HTC and be sold exclusively via AT&T, who’ll be providing the service. You can pre-order the phone now.