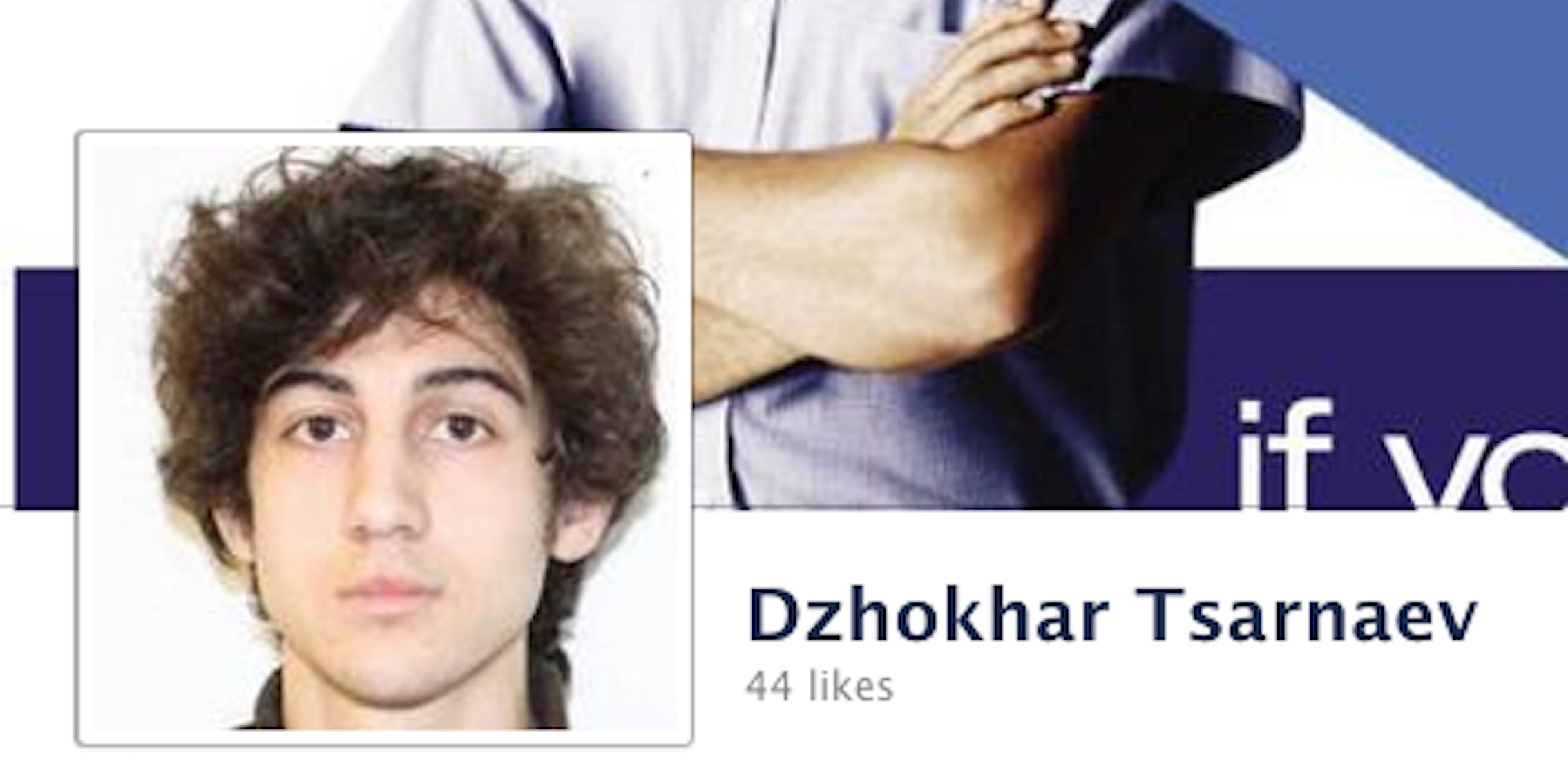 Unlike recent high-profile criminal suspects, fan pages and fake profiles for Tsarnaev are hard to find on Facebook.

It’s become a trend that pages in support of criminals show up on Facebook within days. That was the case with Christopher Dorner, the former Los Angeles police officer who went on a killing spree in February 2013, and with Aurora, Colo. shooter James Holmes.

You can add Tsarnaev to that list, though it appears that Facebook is making it difficult for its users to look him up.

A Facebook search of the suspect’s name did not yield any profiles, pages, or groups. By entering Facebook URLs that included the name “Dzhokhar Tsarnaev,” we found a fan page with 43 likes that actively mocks the authorities for their inability to catch him, as evidenced by the banner image seen below. 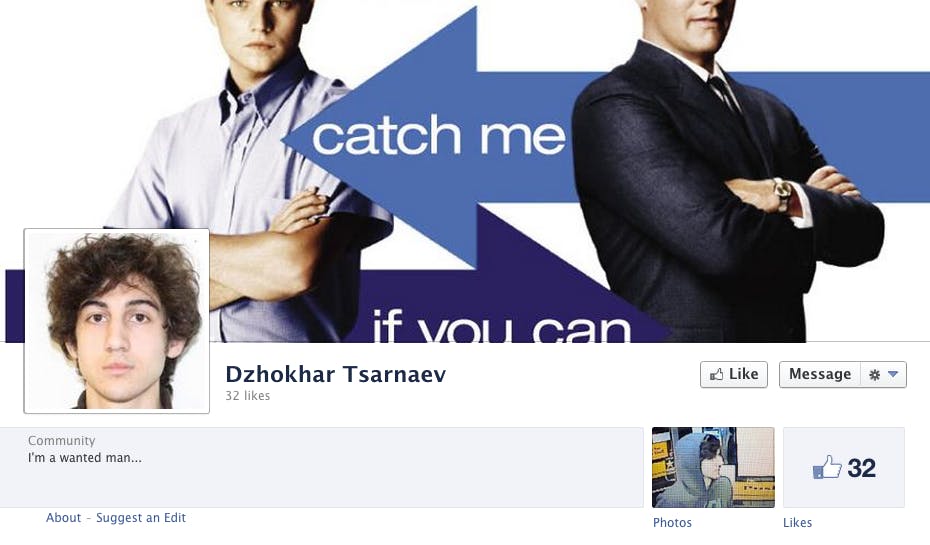 The fake page, written in the voice of the suspect, also states the motives behind the explosions.

The Daily Dot reached out to Facebook to see whether they were actively making Tsarnaev unsearchable on the social network, but they didn’t provide a concrete answer. A representative for the company did confirm that several fake accounts and pages glorifying Tsarnaev had been removed.

When we pointed out that the Facebook search didn’t produce any results, a spokesperson noted that it “can take time to populate in Search if they’re new.”

“Search does not function like a crawler. It only shows pages most relevant to you, which may explain why it’s not showing up,” he also noted.

But fan pages for Dorner and Holmes began showing up in Facebook searches in the hours after their names were released, suggesting that the social network has taken steps to hide pages and fake profiles in Tsarnaev’s case.