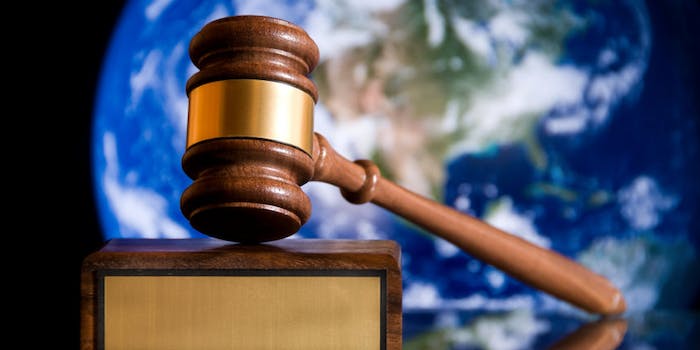 Yes, apparently it was touch and go there for a while, as European courts weighed whether or not the thing you’re doing right now—reading a news article on the Internet—counted as copyright infringement.

On Thursday, the Court of Justice of the European Union (CJEU) decided to toss out a case brought by the Newspaper Licensing Agency (NLA), which claimed that a foundational technological element of Web browsing was enabling a breach of copyright law.

The court declared that “on-screen copies and the cached copies made by an end-user in the course of viewing a website satisfy” exemptions to copyright protection outlined in the EU Copyright Directive.

The ruling concludes a four-year legal battle brought by NLA against the Public Relations Consultants Association. The PRCA uses a media-monitoring firm to keep tabs on clients’ press mentions in papers licensed by the NLA. And although the PRCA already pays a fee to reproduce those articles, the NLA felt that the cost of licensing should go up to reflect the temporary copies made on readers computers.

The NLA was never attempting to go after everyday readers. But as PC World’s Loek Essers pointed out, “as the legal strategy was formulated, that ended up being the possible consequence.”

The PRCA was not afraid to play up this potential consequence as it mounted its defense. On Thursday, PRCA Director General Francis Ingham praised the ruling as a victory for all EU citizens.

“We are utterly delighted that the CJEU has accepted all of our arguments against the NLA, which represents eight national newspapers,” Ingham said.

The Court of Justice, like the Supreme Court before them, understands that the NLA’s attempts to charge for reading online content do not just affect the PR world, but the fundamental rights of all EU citizens to browse the Internet. This is a huge step in the right direction for the courts as they seek ways to deal with the thorny issues of Internet use and copyright law.

However, NLA Managing Director David Pugh told the Guardian that his agency’s claims were twisted by the PRCA to create public resentment. He said the NLA’s claim was much narrower than it was made out.

“In our view, [the temporary copying] exception is designed to protect ISPs and telecoms companies when they’re transmitting data from A to B in networks,” Pugh said. “The PR spin put on this case was that if our ruling was allowed to stand then users of the Internet would be criminalized for using a browser, but that’s never been what it’s about.”

This is the second major cyber ruling from the CJEU in less than a month. Back in May, the same court ruled in favor of the so-called “right to be forgotten.” The court said Google and other search engines must act upon user requests to delete “inadequate” and “irrelevant” personal information. Since the ruling, Google has been swamped with removal requests.