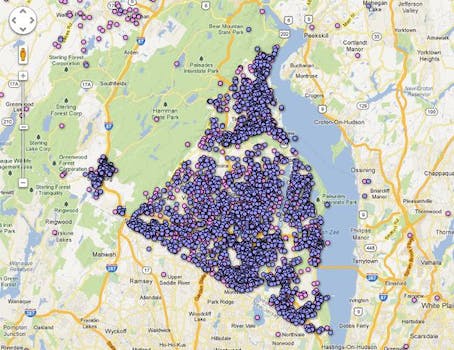 The dox (i.e., release of private information) of The Journal-News employees was carried out by lawyer Christopher Fountain. The information includes the home addresses and phone numbers of visual editor Robert Rodriguez, reporter Dwight Worley, and editor Cynthia Royle, which has also had photos of her family and car posted online.

“Targeting gun owners by publishing their home addresses is pretty dangerous,” Fountain blogged. “[E]ither thieves will focus on them and put the guns into circulation on the street or they’ll hit the neighbors who are not identified as gun owners, figuring they’re a safer target but either way. It’s dangerously risky for this publisher to collect that information and make it accessible with just one click.”

On Dec. 22, The Journal-News published two interactive maps featuring the names and addresses of gun owners in Westchester and Rockland County. This information, which is not easily accessible to the public, was obtained by the newspaper by using the Freedom of Information Act (FOIA). Under the terms of the FOIA, a government agency has 20 days to produce the information in the request. 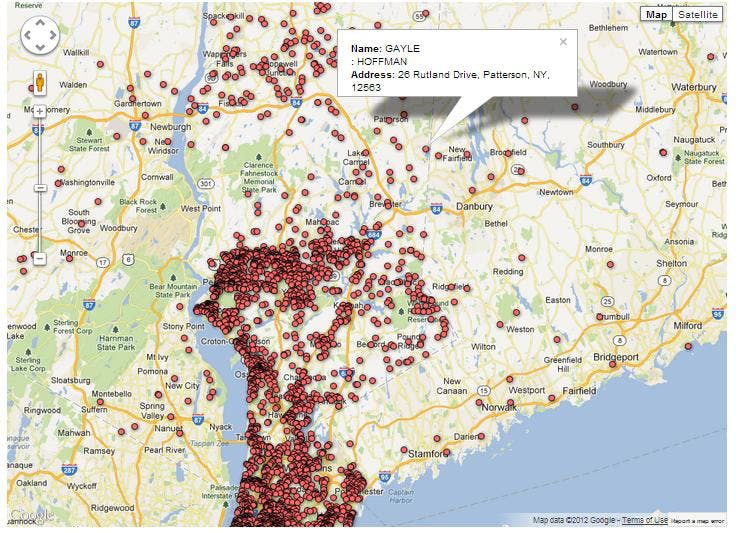 “The data does not include owners of long guns—rifles or shotguns—which can be purchased without a permit,” the newspaper wrote. “Being included in this map does not mean the individual at a specific location owns a weapon, just that they are licensed to do so.”

Gun owners and the second amendment have come under great scrutiny after 20-year-old Adam Lanza walked into Connecticut’s Sandy Hook Elementary school with at least one gun and killed 26 people, including 20 children.

At least one WhiteHouse.gov petition calling for legislation to limit access to guns has grabbed President Barack Obama’s attention with more than 140,000 digital signatures.

The Journal-News is a Gannett-owned paper with a daily circulation of about 90,000. The newspaper has a FOIA pending for gun owners in Putnam County and will publish that information when it is released.

“These people remind me of the groups who harass hunters in the field, banging kettles, calling us murderers and scum and all the while feeling perfectly safe because they know that hunters are not, in fact, murderers and will not harm them,” Foundation added. “If they really think they’ve exposed mad crazies, then revealing their identities and home addresses to that population should put them ill at ease on this otherwise silent, calm night. It ain’t very Christian of me, but it does feel good.”

Screengrab via The Journal-News