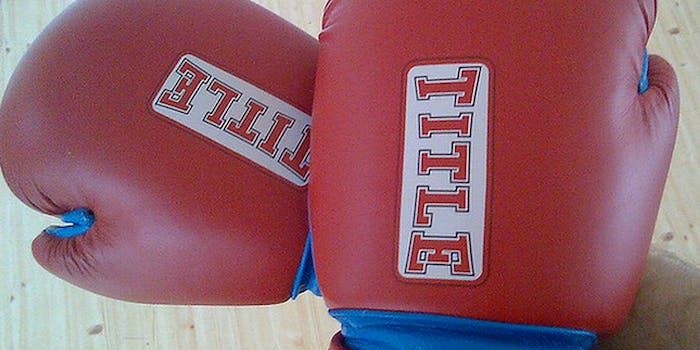 His mother alleges police have scarred her son for life by handcuffing him in front of classmates.

A mother of a 13-year-old is claiming that police have scarred her son for life after he was arrested at school for posting a video of a fight that he recorded to his Facebook account.

On Dec. 17, the student at Tomken Road Middle School in recorded a cell phone video of a fight between two female classmates off school property and posted it to his Facebook page. Two days later, the boy was called into the principal’s office, where his mom claimed he was handcuffed by Mississauga police in front of other pupils. The police could not confirm if he was handcuffed.

“How is an adult or an educator going to justify this situation — traumatizing a child and handcuffing him? Who’s the bigger bully?” the mother said according to the Hamilton Spectator, a newspaper based in the Toronto suburb.

Neither the boy’s and nor the mother’s identity can be revealed because of Canada’s Youth Criminal Justice Act, but police did say he was charged with mischief. The school suspended the boy for a month, and he will be transferred to another school.

As for the video posted on Facebook, two girls are seen arguing when a small group including the boy approaches the girls and start filming. The two trade insults when one girl walks away as the other one grabs her backpack and hurls her to the ground. As the girl on the ground retaliates with a kick, the other girl grabs her ankle, drags, and punches her at least eight times. The small group surrounding the pair can be heard laughing.

A girl in the video was arrested Dec. 19 for assault, but her identity can’t be revealed.

The mother said her son is being unfairly targeted as there were other kids seen in the video, but a school official defended the administration’s actions, saying it was following provincial regulations of mandatory police reporting about physical assault cases.

The boy is said to be receiving messages of support on Twitter, and the mother intends to fight the charges when he appears in an Ontario court in January.