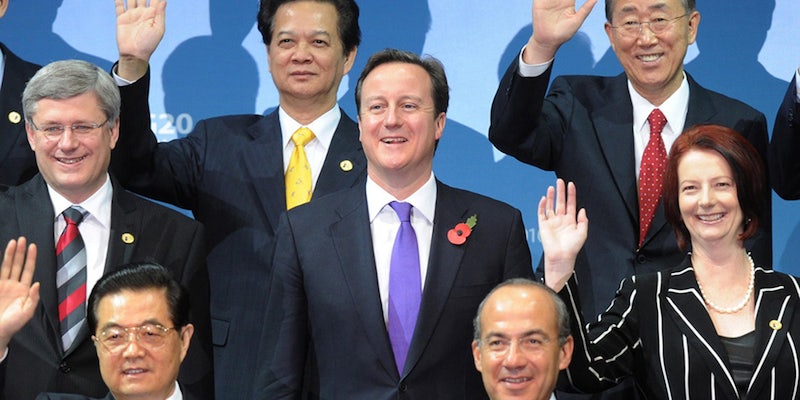 The British GCHQ, the counterpart to the American NSA, monitored foreign diplomats at two G20 meetings of the major industrial economies in London in 2009 by monitoring their computers and phones and setting up fake Internet cafes.

This news complicates today’s current G8 meeting in London, all of whose attendees were at the 2009 meetings.

GCHQ established the fake Internet cafes, equipped with computers containing email interception and key-logging software. Key-logging tracks each letter, numeral, and other symbol a user strikes on his or her computer and in which order, allowing an observer to track the session in detail.

According to Britain’s Guardian news, other actions include:

These revelations resulted from the leaks by former NSA analyst Edward Snowden.

Another document in the leak described a long-term campaign to spy on South Africa. The GCHQ “gained access to the network of their foreign ministry, “’investigated phone lines used by High Commission in London’ and ‘retrieved documents including briefings for South African delegates to G20 and G8 meetings.’”