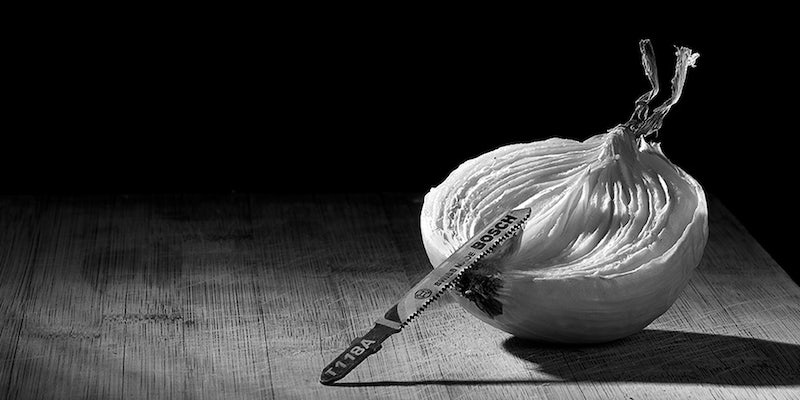 Several high-level Tor users are protesting Apple’s handling of their concerns about an iOS app that purportedly gives users access to the privacy-enabling Tor network.

Since December, Tor users have been petitioning to remove a $0.99 Tor Browser iPad and iPhone application from the App Store, but to no avail. They’ve been running up against Apple’s notorious proprietary app approval system.

“Tor Browser in the Apple App Store is fake,” prominent Tor network volunteer Phobos wrote in a report ticket to Apple published on the Tor website. “It’s full of adware and spyware. Two users have called to complain. We should have it removed.”

It’s unclear just how many people have had problems with the app, which was created by Ronen Drihem. The current version of the app has a three-star rating based on 44 reviews. According analytics site XYO the app has been downloaded only about 51,000 times (a relatively small amount in terms of app popularity).

But now Tor users have a new complaint: The lackadaisical response of App Store curators to their concerns. Shortly after the complaint was filed in late December, the App Store responded saying they were waiting for the developer to defend the app. Since then, there has been no further response as evidenced by the trail of comments on the ticket.

After two months of sending follow-up emails and getting no replies, users are now looking to plead their case to the public. User lunar writes, “I think naming and shaming is now in order. Apple has been putting users at risk for months now.”

Another user, arma, said Wednesday that he or she wrote directly to two security researchers known to have worked for Apple. If that did not illicit a response, arma suggested getting high profile Twitter users to publicly call out Apple.

Apple did not immediately return the Daily Dot’s request for comment on this story.

This isn’t the first time the App Store has come under fire for lack of transparency. In contrast to the competing Android Marketplace, the App Store has always been viewed as “a walled garden,” according to Ars Technica. Apple even enforces a nondisclosure agreement on rejected app developers for a time to help keep their process insulated from the public.

“Apple has never described exactly what its process is for ensuring the titles in its App Store are safe,” writes Ars Technica‘s Dan Goodin. “Although the comparatively fewer reports of rogue apps for iOS suggests that the review process is more stringent than Google’s, the report ticket from Tor’s high-ranking members suggests that Apple may not be doing everything it can or should do to protect iPhone and iPad users.”

Now that Tor users are taking their battle public, we’ll have to wait and see if this accelerates the response from Apple.